END_OF_DOCUMENT_TOKEN_TO_BE_REPLACED

Embracing the New Ways Your Child is Learning Math

“What’s wrong with memorizing?” This was the question I asked my older daughter’s kindergarten teacher three years ago during the parent-teacher conference. Her teacher was explaining “CGI” math and, having worked in media, I first thought this stood for Computer Generated Imagery.

CGI actually stands for Cognitively Guided Instruction. In this student-centered way of teaching math, children are encouraged to not only come up with different approaches to get to the same answer, but to explain the approach.

Watching my daughter and her fellow students engage in such creative problem solving was a real eye-opener for me. I had a good relationship with math, but I started to realize that the way I learned math was not the only—or the best—way. 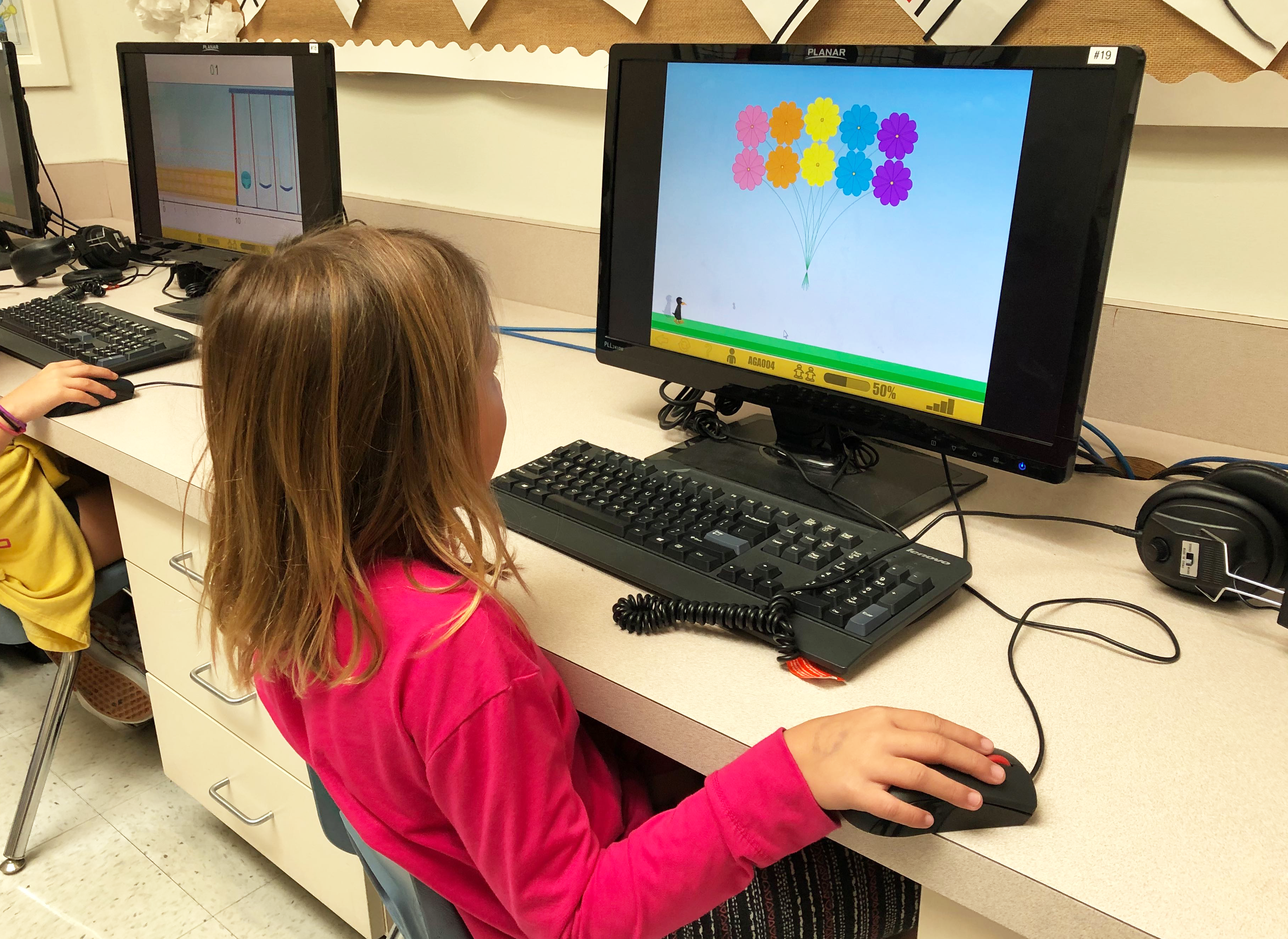 The next year, before I started my position as Chief Financial Officer at MIND Research Institute, I volunteered in the first grade class and helped students with ST Math®. I use the word "helped" loosely because the first couple of times a child raised his or her hand to ask for help, I would take one look at the screen and have no idea what to do.

So I started asking some of the questions I saw the teacher asking:

In almost every situation, the six-year-old students explained what they were doing to get this little penguin named JiJi from one side of the screen to the other. And all of them eventually solved those problems. Which is exactly the point.

That’s the beauty of ST Math. The program begins visually, and the puzzles leverage students’ spatial-temporal reasoning ability to solve mathematical problems. Students bring their own knowledge and experiences to every puzzle, and they are the ones that initiate the problem-solving process.

Part of that process is determining what the problem is, i.e. what is the question that is being asked? For every action students take, they get animated, informative feedback that demonstrates the mathematical consequences of each answer.

Watching my daughter and her fellow students tackle problems, struggle but never give up (which I later learned we call productive struggle), and build confidence with each puzzle they solved was amazing to see. And, without fail, they could explain to me, the teacher, or their fellow students how they solved a problem.

My daughter is now in third grade and she has no idea what a “times table” is. But, she can do multiplication and explain how she got the answer. I’m the CFO and have worked in finance my whole career, so I’m good with numbers. I can do math pretty quickly in my head and get the correct answer. But ask me how I got to the answer? I would struggle with that. In many cases, I could tell you the rule that I used, but the underlying concept behind it? Maybe not so much.

I don’t think I’m alone. I think it’s safe to say that many parents in my generation don’t understand the newer math standards, or understand how some of our our kids are learning “new math.” Many of us learned math through memorization. I know I did. But that traditional way of teaching and learning math didn’t work for everyone, and it hasn’t worked for the majority of students for a long time now.

Less than half of 4th grade students are proficient in math today. That number drops to about one-third in 8th grade, and one-fourth in 12th grade. Which means that more than 70% of students exiting K-12 education are not proficient in math.

This is why I came to MIND—to make a difference for my children and all children. The demand for workers in science, technology, engineering, and math (STEM) fields continues to grow and a weak foundation in math has an enormous impact on people and their ability to compete in STEM fields. If we want our children to be successful in an increasingly competitive, globalized world, they need to have sound critical thinking and strategic problem-solving skills.

As parents, we are a core part of our students’ learning ecosystems. Our attitudes about math matter, and they affect our children. We can turn math anxiety into excitement! We can be a positive contributor to encourage mathematical thinking, because the world needs problem solvers. And raising problem solvers starts at home.

Jo Garrett oversees finance, accounting, human resources, and legal activities. Prior to joining MIND, she served as CEO, COO, and CFO for various companies in the digital media, entertainment, licensing and merchandising, distribution, and e-commerce industries. Garrett also co-owns an established Orange County franchise with her husband, and together they have two daughters in elementary school who have been avid users of ST Math since kindergarten. Garrett holds an MBA from Harvard Business School as well as a Bachelor’s degree in Government from Harvard University.

Life at MIND: Our Attitude is Gratitude

The Science of Spatial-Temporal Mathematics