END_OF_DOCUMENT_TOKEN_TO_BE_REPLACED

Seeing the Math in Star Wars: Rise of the Resistance

The best thing about belonging to the MIND Research Institute family is getting a front row seat to the many ways the organization walks alongside local communities. There’s no better example of this than when MIND participated in Disneyland Resort’s Star Wars: Rise of the Resistance STEM panel event in January.

Lauren Wagner, Corporate Citizen Specialist at Disneyland Resort, invited MIND to bring some of our ST Math® students to the park so they could hear from a panel of Disney Imagineers. Maria Cervantes, Community Partnerships Director at MIND, knew just who to reach out to: Advance Learning Academy and Madison Elementary, two schools located in the city of Santa Ana, California. 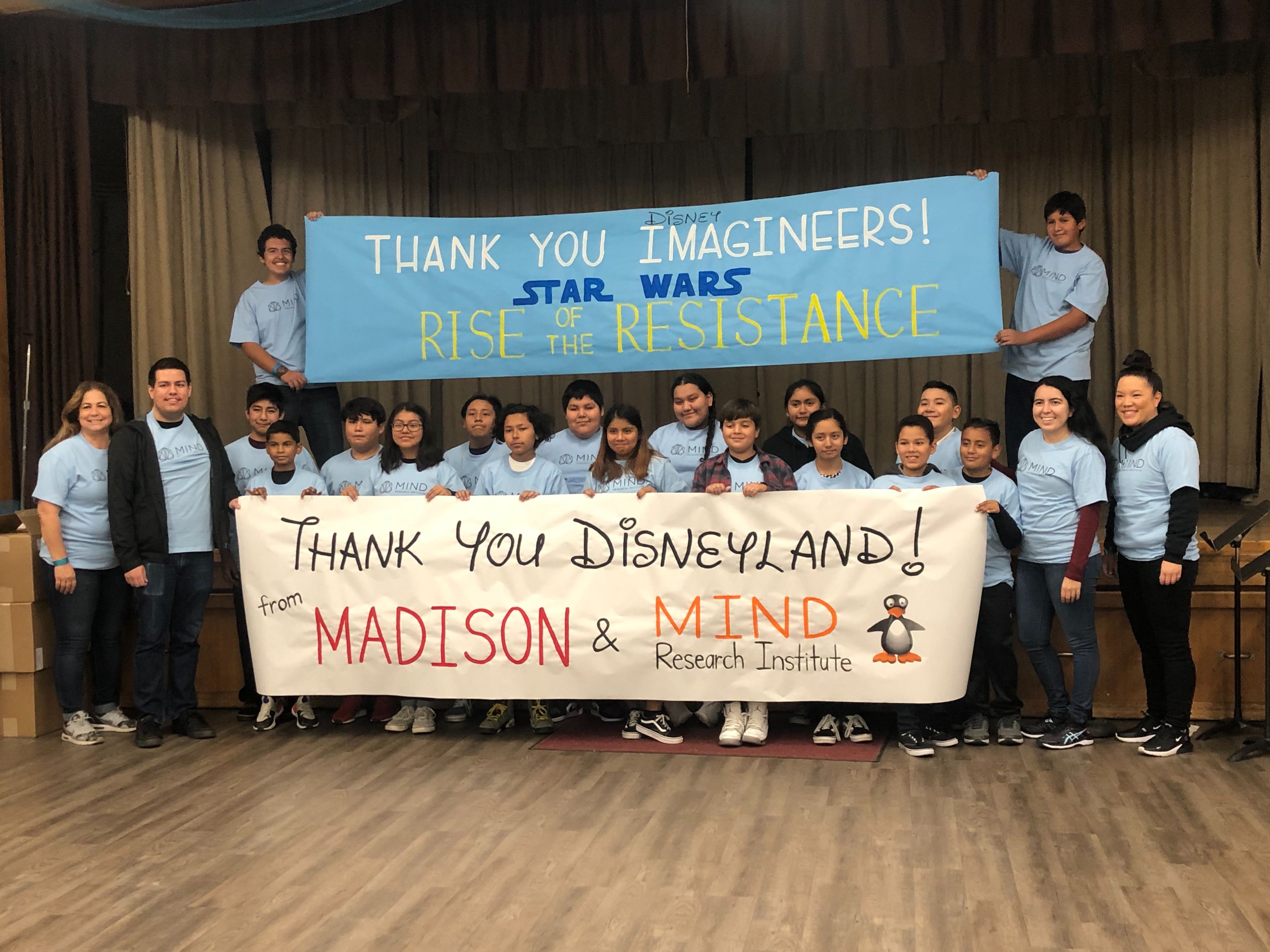 On the day of the panel, the excitement was palpable! Students and chaperones trickled into Madison Elementary's library and eagerly showed their appreciation with thank you signs. Once all waivers were in hand and snacks were passed out, it was time to load the buses and head to our destination.

Upon arrival, we were met by Lauren and another Disney cast member and led to the Lincoln Theatre. The panel kicked off with a welcome from Rebecca Campbell, President of Disneyland Resort. Then, it was time to bring out the Imagineers!

Disney’s Imagineers are made up of architects, engineers, computer programmers, and other STEM-minded individuals. They’re responsible for bringing the Disney magic we experience throughout the parks to life.

We were introduced to:

I was always interested in how spaces told stories.

A strong theme that emerged throughout the panel was how math plays a major role in the Imagineers’ work. To them, math is not just about numbers—it’s a way to tell stories and create art. Anisha Deshmane spoke on an important part of mathematics, productive struggle, and how it allowed her team to perfect the new Star Wars: Rise of the Resistance. This process of failing, learning, and trying again helped the team to solve problems while building the ride and making it the best it could possibly be.

As approximately 400 middle and high school students listened to the panel with rapt attention, MIND’s Senior User Experience Researcher Alesha Arp made note of what really stood out to her. “These Imagineers encouraged students to follow their interests and stick with the creative endeavors that excite them. They talked about their education and the paths that brought them to work at Walt Disney Imagineering. They shared the importance of hard work and commitment.”

Love that 3 out of the 5 panelists are women! #WomenInSTEM @Disneyland #RiseOfTheResistance https://t.co/4RVTYTF4HG

Advance Learning Academy students Aidan and Sebastian raved about the panel! Sebastian enjoyed how the Imagineers went into detail on how the ride was built. Both of the boys have big dreams for their future—Aidan would like to be a game designer and Sebastian wants to be a stockbroker.

The panel ended with the Imagineers inviting the room full of already excited students to ride Star Wars: Rise of the Resistance before it opened to the general public. I was standing in line with a group of girls when we realized three of the five Imagineers were set to ride with us! We were delighted at the opportunity to have follow-up conversations with these women. They were so encouraging and kind.

Caught a picture with some of the Imagineers while waiting for #RiseoftheResistance !! @disneyland pic.twitter.com/eLYXOTG1rs

Star Wars: Rise of the Resistance was a hit with the students and adults. The ride is everything you’d expect—exciting with a bit of thrills thrown in (the drop was unexpected)! After we rode, the students were able to roam the park with their friends and chaperones. Disneyland Resort graciously provided us with dinner, so we were able to grab a quick bite before letting loose.

The evening ended with everyone slowly making their way back to the meeting point. As we counted students and heard stories of all the fun that was had, it was hard for me to not feel thankful for my job at MIND. It was touching to learn that the Star Wars: Rise of the Resistance STEM panel event provided a lot of our ST Math students the opportunity to visit Disneyland for the very first time.

Thank you @Disneyland for having us . The kids (and adults!) had such a wonderful time. #RiseoftheResistance #SocialImpact pic.twitter.com/pMpabXeUsE

This experience was about so much more than riding Star Wars: Rise of the Resistance. It was about our students hearing how pursuing math education can lead to becoming storytellers, artists, and whatever else their imaginations dream up.

Thank you to our partner, Disneyland Resort, for this amazing opportunity. You showed our students that when it comes to mathematics, the force is with us all! 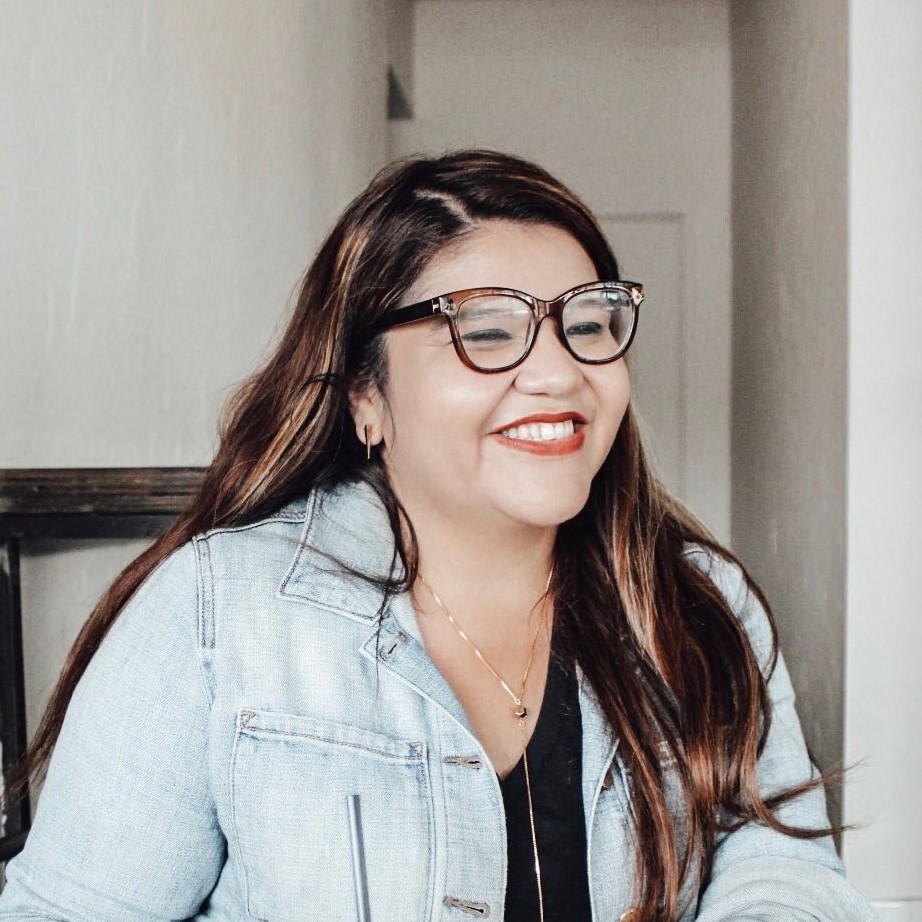 Tatiana Hernandez is the Engagement Assistant at MIND Research Institute. She is passionate about supporting MIND's mission, books, strong cups of coffee, and Le Croix.