END_OF_DOCUMENT_TOKEN_TO_BE_REPLACED

Struggle is a Matter of Perspective

Around 12 years ago, when my daughter was about 3, she came home from preschool using the word “can’t. ” She attempted to buckle her stuffed bunny into a doll stroller and didn’t succeed right away.

I didn’t use this verbiage to guide my frustrated toddler through buckling a plastic stroller latch, but by reframing the task from “can’t do” to “difficulty doing” we changed the “impossible” into the “possible.”

The challenge shifted away from the immediate buckling of the latch to a wider view of the problem. New questions arose, like “How does a buckle work?” and “What are these pieces—how do they fit together?” That led to thinking about how the buckle might fit around a stuffed bunny, whose belly was rounder than the belly of a doll.

By slowing down, taking a step back, engaging in productive struggle: by looking at the pieces of the latch, thinking about which piece goes into which other piece, in which direction, and around the upper part of Bunny’s belly where she’s narrower, my daughter not only figured out how to buckle Bunny into the stroller, she learned how to deconstruct a problem.

She also discovered that there are parts of problem that might require some outside help—her little fingers weren’t quite strong enough to unbuckle the latch. But when she faced that problem, she didn’t say “I can’t.” Instead, she said “Help, please.”

That’s no small feat for a three-year-old, and it set her on a path to try, and try again.

Designing for the Right Kind of Struggle

As a User Experience Researcher for MIND Research Institute, I am working to identify how we might improve ST Math to create a better overall user experience.

My job often entails watching people struggle—whether with a system, a software program, a service, or a space. Observing the struggle helps me to discover sticking points or issues in whatever it is that I’m observing.

When I’ve brought developers, designers, and other stakeholders in to observe with me, or shared the study with them via video, one of the first comments they make is “It must be so hard to not help the person!”

But to help that person find what they’re looking for, navigate through a digital or physical space, or complete an intended task would invalidate my study. My job is to find the problems, discover the causes, and help design away issues in order to improve the users’ experience.

While I work to uncover unintended sticking points, and solve users’ issues through iterative design with my teammates, there is one type of sticking point that is intentional and beneficial—productive struggle. It leads to effortful learning that develops creative problem solving and a deeper understanding of mathematical concepts. It’s the struggle my three-year-old worked through that afternoon over a decade ago, and what I see students experiencing every time I visit one of our classrooms—by design.

Productive struggle is exactly the kind of struggle that ST Math is designed to encourage. Each time I observe students playing ST Math games, there is at least one student who believes they are “stuck.” This is where teachers (and parents) can employ the learning tactics that work for the individual student.

Recently, on a 6th grade classroom visit, when I saw obvious frustration on one boy’s face, I sat down next to him and asked what the trouble was.

He was playing a game that teaches the use of parentheses in equations. He had succeeded at the prior level of the game, but was having difficulty with this level, which introduced another step into the equation. He was trying to take the same steps he’d taken in the prior level, but getting the answers incorrect.

I used the facilitation steps our teachers use—and the ones I had used with my own child—beginning by asking him what he was trying to do. His initial response of “This math problem,” accompanied by a drop in his shoulders, an audible huff, and an elaborate eye-roll, confirmed his frustration. Gently, I guided him to look at the problem from a wider view.

In ST Math, the game goal in each puzzle is to get JiJi the penguin across the screen. By shifting his focus to getting JiJi across, we talked about what was getting in JiJi’s way, what he had tried, and watched the animated feedback when he tried something different. By talking about what happened in that animated feedback, he learned to dissect the problem, and then reconstruct it to solve the mathematics.

Through this guided process, this student not only figured out how to complete the puzzles in that level, he learned how to guide himself through that process. I watched him use these same guiding steps, on his own, to think through the next level. This perception-action cycle, of trying, attending, thinking, and trying something different is most beneficial.

And even more rewarding than seeing him complete that level, was seeing the confidence with which he tackled the next.

Unlike practicing math in other formats, such as completing a math worksheet or computations from a text where students either complete a problem correctly or not, ST Math is intended to deepen students’ learning and their application of mathematics through this perception-action cycle. By presenting students varied puzzles, ST Math helps students think about math from a wider view.

With the “bunny in the stroller” problem years ago, my daughter tried to latch the buckle pieces together in several configurations before she noticed the two “sticky-out” pieces and the two holes. She eventually discovered a way to get that bunny strapped in, because she looked at the problem from different angles, and continued to try different solutions.

Students, like this 6th grader, attempting to solve a math computation, using visual puzzle elements, can try different things until they find a way that works, too. Then they can apply what they learned in the next puzzle. ST Math is designed for students to progressively increase their understanding. As students become proficient problem solvers, they can apply that skill in all areas of their lives.

My daughter is a teenager now, and I would be lying if I said she doesn’t use the word "can’t." While it is sometimes in relation to a geometry problem or an essay question about a Shakespearean text, most recently it was in relation to finding something to wear.

And even though she was pitching a fit, saying “I can’t find anything to wear!” she was simultaneously trying on different combinations of clothing pieces until she found a solution that met the aesthetic she was aiming to achieve and met my requirements for appropriateness to the occasion, in the allotted time to get ready for said occasion. She’s a skilled problem solver both in and out of the classroom because she’s learned to think about the problem from a wider viewpoint and try different solutions until she finds one that works. 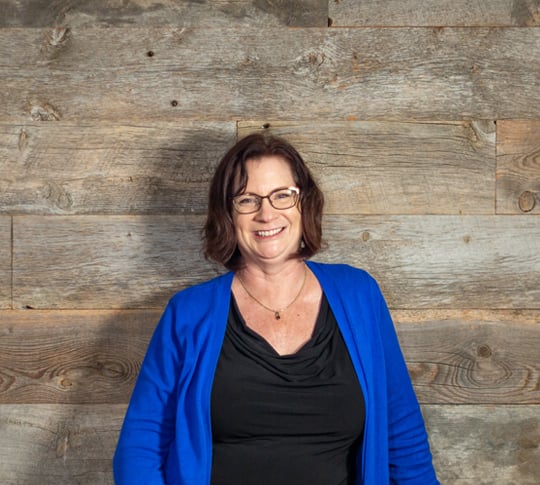 Alesha Arp is a senior user experience researcher at MIND Research Institute. When she’s not uncovering ways to improve experiences—at work, or IRL—she can often be found baking for family and friends. Homemade cakes are her specialty.