ST Math & COVID-19: ST Math is available at no cost to parents, schools, and districts affected by closures
Learn More

Being Driven by Actionable Data

END_OF_DOCUMENT_TOKEN_TO_BE_REPLACED

The Science of Spatial-Temporal Mathematics

You’ve probably heard the old adage “a picture is worth a thousand words,” right? When conveying information, ideas, and concepts, showing rather than telling can be more efficient, and more effective. This is especially true when it comes to mathematics. 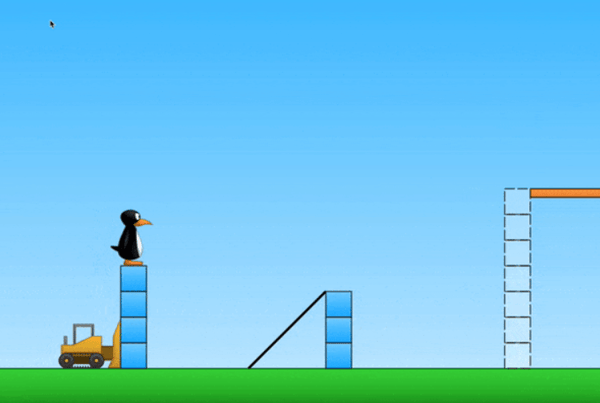 Look at the picture above. There is no language or symbolism, and yet it’s conveying something very clear: 4 + 3 = 7.

Despite the fact that math education in this country relies almost exclusively on language-heavy methods of teaching and learning, research has shown again and again that a visual approach to conveying mathematical concepts can be highly effective. And with new innovations in technology, we can go beyond a purely visual approach, by showcasing ideas using spatial temporal methods that provide an even deeper level of impact.

Spatial-temporal reasoning and its impact on learning has been a core area of focus for MIND Research Institute since before the organization was even founded in 1998. Dr. Gordon Shaw explored the possibilities in his neuroscience research back in the 1970s. Dr. Shaw, Dr. Mark Bodner, and Dr. Matthew Peterson came together years later to further explore an approach to teaching math the way children learn—through spatial temporal patterns and experiences.

"Language-analytic reasoning, for example, is more involved when we solve equations and obtain a quantitative result. Spatial-temporal reasoning, on the other hand, is involved in chess when we have to think ahead several moves."

Spatial temporal models are a powerful method of conveying ideas. What makes something a spatial-temporal model?

Everyone’s brain has an innate ability to visualize and manipulate images through time and space. Conveying information in this format taps into one of our brain’s innate ways of receiving information.

When it comes to education, there’s a massive opportunity for utilizing these tools to convey ideas, particularly for areas that tend to be more abstract. Given the misconceptions that occur in many math classes, math is a great candidate for this approach. Almost all math ideas can be more accurately and efficiently communicated through a concrete approach first, whether it be through physical tools, virtual models, or pen and paper.

Spatial-temporal models are a highly powerful approach, especially when one can use the digital world to showcase things that would be impossible to demonstrate in the physical world. Here, the laws of physics can be bent, allowing us to teach and convey a whole new range of ideas.

Our ST Math program employs a unique, patented learning model that leverages the brain's innate spatial-temporal reasoning ability to solve mathematical problems. ST Math starts by teaching the foundational concepts with interactive spatial temporal models visually, then connects the ideas to the symbols and language. With visual learning, students are better equipped to tackle unfamiliar math problems, recognize patterns, and build conceptual understanding. Without language barriers, the problem is accessible to all students, regardless of skill level or language background.

Benefits of a Spatial-Temporal Approach

Leveraging the Way the Brain Learns


By accessing the students’ innate spatial-temporal reasoning ability, we are teaching math concepts in a way that aligns to how our brains learn. Combining a visual approach with spatial-temporal models and informative feedback provides a learning experience that deepens conceptual understanding.


Removing Language as a Barrier


As stated above, by removing language and symbols, students can dedicate all of their working memory to solving the math problems before them. They are focusing their efforts exactly where they need to be.


For our ST Math program, we’ve designed a suite of hundreds of ST models, wrapped within games, allowing students to take a problem-based approach to interacting with these models. And with this approach, we are having a massive impact on the mathematics learning of students across the country.

To learn more about ST Math, explore some of our games, and request a demo, you can head over to stmath.com!

Embracing the New Ways Your Child is Learning Math