END_OF_DOCUMENT_TOKEN_TO_BE_REPLACED

How Does ST Math Incorporate Language? 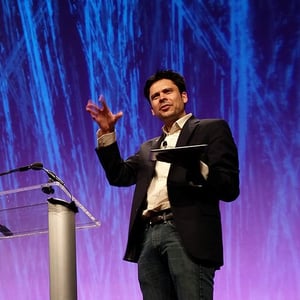 If you've ever watched MIND co-founder and Chief R&D Officer Dr. Matthew Peterson's TEDx Talk about ST Math, he recounts one of his favorite quotes from Albert Einstein:

“The words or the language, as they are written or spoken, do not seem to play any role in my mechanism of thought.”

Einstein was talking about his creative process in a letter to Jacques Hadamard, which was featured in Hadamard’s “An Essay on the Psychology of Invention in the Mathematical Field.” Einstein goes on to talk about his belief that combinatory play is at the core of productive thought (which is very relevant to our discussions of schemas), but it’s the quote above that we can use to help explain our approach to language as it relates to ST Math®.

At this point you might be scratching your head a bit. Isn’t ST Math “language-free”? 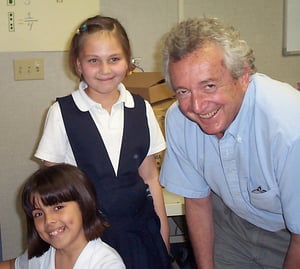 We talk a lot about the visual instructional approach of ST Math, our spatial-temporal learning program. What can sometimes get left out of the conversation is how the learning model of ST Math incorporates language.

Sometimes ST Math gets a bit pigeonholed as a “words-free” or “language-free” program. But that’s a misconception that ignores a fundamental aspect of ST Math’s approach. Language is carefully and strategically incorporated into ST Math’s neuroscience-based design.

Taking a more visual approach to math has started to gain more widespread acceptance over the past several years. But spatial-temporal reasoning is still largely ignored by traditional mathematics education (and education in general), so we have a lot of catching up to do in terms of raising awareness. That doesn’t mean we ignore language-analytic reasoning in our approach, however. In his 2000 book  “Keeping Mozart in Mind,” another of MIND’s co-founders, Dr. Gordon Shaw, explained that “both spatial-temporal and language-analytic reasoning are crucial to how we think, reason and create.”

Both spatial-temporal and language-analytic reasoning are crucial to how we think, reason and create.

So let’s talk about that approach, and why we use it.

Language is a natural part of learning. But it does not have to be a barrier, prerequisite, or delivery system. Everything we do at MIND is grounded in neuroscience, and our approach to how ST Math incorporates language is no different. With visual learning, students are better equipped to tackle unfamiliar math problems, recognize patterns, and build conceptual understanding. When we remove language as a barrier, the problem is accessible to more students, regardless of skill level or language background. 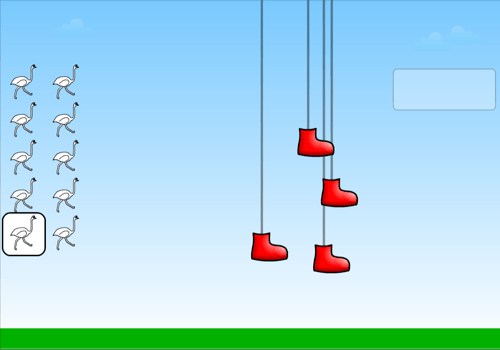 This removal of language as a barrier also allows students to direct all of their cognitive efforts to solving the problem at hand. In the example here, there are no numbers, symbols, or words. No distractions.

When we remove language as a barrier, the problem is accessible to more students, regardless of skill level or language background.

First, students need to identify the problem they are being asked to solve. There are four shoes on the right, and a group of ostriches on the left, each of whom has two legs. Identifying the question is part of the problem solving process. With this problem-based approach, ST Math empowers students to completely own their learning process.

As students complete a series of puzzles that reinforce the same concept, the way that problems are posed begins to change, requiring a different approach. These non-routine problems require students to think creatively and apply what they have learned previously to a new situation.

In each and every one of the puzzles, the answer a student chooses plays out before their eyes, providing immediate, informative feedback as to why the solution worked or didn’t.

As students progress to higher levels, mathematical symbols and language are gradually integrated into puzzles. This integration eventually culminates in quiz questions that resemble those students would see on a summative assessment. 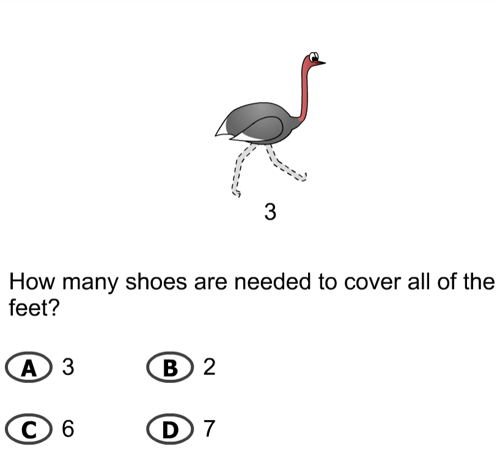 By the time they see this question that is posed with words, the students have answered this same question, in multiple ways, multiple times. The language is reinforcing what they already know about the mathematical concept, as opposed to hindering their understanding.

In addition to leveraging language within the program itself, ST Math puzzles provide a great foundation for math discourse. By starting with rich content that is accessible to more students, we can empower them to critically and creatively use language to convey and share their thinking process. When students are truly engaged in learning, they want to talk about it, and there are multiple ways to leverage ST Math content for discussion.

When students are truly engaged in learning, they want to talk about it.

The use of ST Math puzzles to lead a whole group or small group short conversation are what we call puzzle talks. Similar to number talks or math talks, the goal is to get students to communicate and deepen their understanding of mathematics.

Puzzle Talks leverage the power of the visual models and manipulatives inherent in ST Math and use language to support the learning experience. You can try a Puzzle Talk lesson in your class using one of our freely available ST Math games and the guidelines provided here.

By leveraging language where it naturally fits in the learning process, ST Math makes learning accessible to more students. When students are able to solve through problems and build deep conceptual understanding, they want to share what they’ve learned in an organic way.

ST Math’s unique approach has had a dramatic impact on students across the country. You can dig into the results for yourself on our Impact page, and you can learn more about the power of ST Math at stmath.com.