END_OF_DOCUMENT_TOKEN_TO_BE_REPLACED

Why JiJi Moves from Left to Right: Artistic Conventions for Expressing Motions

By Martin Buschkuehl and Christine Byrd

In most of our ST Math games, JiJi the penguin crosses the screen after a student successfully solves a puzzle. JiJi walks -- or waddles, perhaps -- from left to right. We’ve been asked over the years why JiJi travels in that direction. We asked several students why they think JiJi always moves from left to right. Listen to their answers in this video:

For that matter, why do other popular computer games like Super Mario or Sonic the Hedgehog have protagonists who run from left to right? A recent article in the scholarly journal Perception provides scientific insight into this design choice, and the answer comes down to this: we seem to favor movement in a left to right direction.

In his article, Peter Walker, Ph.D., from the University of Lancaster explores how motion is conveyed in illustrations and text. Images that convey motion are often drawn in a particular style, Walker notes. For example, a car appearing to lean forward, with even the wheels slanted from right to left, illustrates that it is speeding down a highway. Another illustration of this notion is provided by this bicycle example: 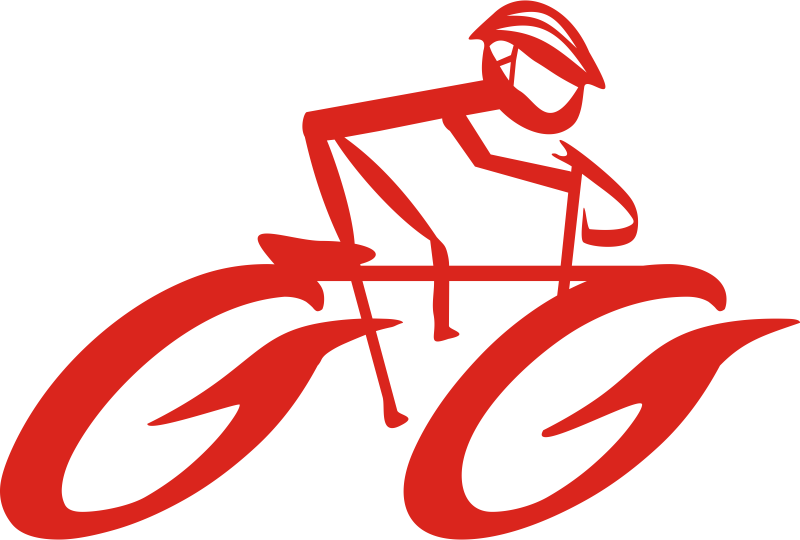 But this tendency to express motion with leaning or slanting doesn’t end with drawings. It can be found in writing, as well; most obviously with text in italics. Walker analyzed titles of book covers and found that the word “fast” or “quick” was significantly more often written in italics than the word “slow.” Even when people were asked in an experiment to rate different typefaces for motion and speed, they judged italicized typefaces as “faster” than the exact same font that was not italicized.

But this still doesn’t answer the question of why JiJi moves specifically from left to right instead of from right to left.  It would be logical to assume that it had to do with the direction we read in -- left to right -- in English.

To test this idea, Walker compared English to Hebrew, which reads right to left. Walker analyzed digital fonts in English and Hebrew and found that the proportion of fonts that skewed left versus right was not statistically different in the two languages. This suggests that people have a fundamental bias to prefer to see motion in a left to right direction, regardless of what direction they’re used to reading in. 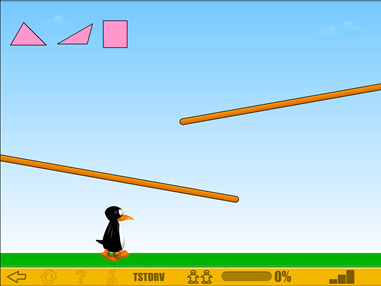 Walker’s observations suggest that people prefer to see lateral movement in a left to right direction, exactly the direction JiJi -- and many other popular video game characters -- cross the screen.

In speculating why such a preference exists, the article suggests that for right-handed people, who comprise about 80-90% of the population, it is easier to interact with objects that move from left to right than the other way around. Although the presented set of results and findings make intuitive sense and point in the same direction, future research with refined experimental parameters and better experimental control are necessary to further confirm the present report.

So the next time your students are watching JiJi cross the screen, see what they have to say about the direction of motion. Ask them what they would think about JiJi moving the other way — you will probably find that they prefer to see that waddle from left to right, and now you can explain that it is exactly how the vast majority of people prefer it!

Read more about neuroscience and education on Sums & Solutions: