END_OF_DOCUMENT_TOKEN_TO_BE_REPLACED

Celebrating Math Education With A Taste Of Math

On Friday November 4th, over 350 guests and 140 volunteers gathered at the OC Fair & Event Center to join our inaugural Taste of Math event. A host of notable Orange County chefs shared unique culinary creations to delight the taste buds and fuel our curiosity about the beauty of math all around us.

"When math and food collide you get a visually stunning and aromatic explosion of culinary success in mass quantities," said Taste of Math co-chair Sandra Cervantes. "Chefs delighted the taste buds of all in attendance and helped to show how math is used in a variety of ways."

At the Intersection of Food and Math

As our guests sipped and savored their way among our star culinary partners, they got a glimpse into how math brings food and flavors to life.


Thank you to our culinary partners who worked with us to create unique mathematical experiences!

Presenting the Taste of Math Honorees

As part of the evening's events, we awarded three very special partners who have made a huge impact on our organization as well as math education.

Throughout her 26 years as an educator and principal in Santa Ana Unified, Lisa Gonzales-Solomon has committed herself to providing her students with the education they deserve: an exceptional one. Her efforts were recognized last year, as she was named Elementary Principal of the Year in Orange County by the Association of California School Administrators, and a National Distinguished Principal for California by the National Association of Elementary School Principals. But her extraordinary work also extends beyond the classroom, where she works with groups such as the Assistance League of Santa Ana and CENA ensuring that students are ready to start their school year with uniforms and school supplies and food for the holidays. Whether advocating for world-class education resources or planning a toy drive for Christmas, Lisa never wavers in her dedication to provide every student with the tools and resources they need for success.

Hyundai Motor America’s partnership with MIND Research Institute and JiJi started in 2011 in Fountain Valley when Hyundai provided funding to two elementary schools to adopt MIND’s ST Math program. Since then, Hyundai has expanded the company’s commitment to elevating math achievement nationally and has partnered with MIND to reach 100 schools by 2018 through the Hyundai ST Math Initiative. To-date, Hyundai education partners include District of Columbia Public Schools, Oakland Unified School District, The School District of Philadelphia, and Pinellas County Schools (FL), among others. In addition to making a $1 million pledge to MIND in 2015, Hyundai created the Hyundai-MIND Math Initiative Advisory Board to support the partnership’s focus on addressing the high school dropout crisis through strategic investments in key areas of the country. District by district, and region by region, Hyundai has demonstrated its dedication to improve early math education by investing in high-needs schools and expanded that support to include this year’s Math Fair. Marian Bergeson began her career as a teacher in the 1950s before her election to the Newport Mesa School Board launched her into politics. While teaching, Marian proved wrong the prevailing notion that many children were incapable of success by actively engaging her students in hands-on, project-based learning. When she became a state senator in 1984, she became the first woman to have served in both houses of the California legislature. Throughout her years in politics, she remained actively involved in education issues, and an elementary school in Laguna Niguel was named after her in 1986. In 1996, she was appointed California State Secretary of Education. It was during her service as Secretary of Education that she was introduced to MIND Research Institute and subsequently joined its board of directors. Marian’s legacy is evidenced by the millions of families she worked so tirelessly for, and her commitment to improving the community through education lives on through her family, friends and colleagues who continue to be inspired by her life.

Thank you to everyone who attended and all of our sponsors who helped make Taste of Math and Math Fair come to life this weekend!

An extra thank you to our Taste of Math co-chairs Sandra Cervantes and Janet Ray for contributing countless hours to support this event.

If you're interested in partnering, spreading awareness and supporting our cause, sign-up below to join the MathMINDs community! 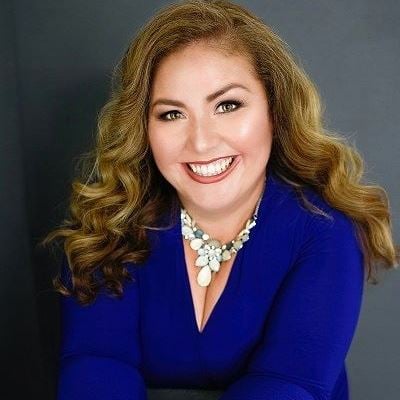 All About Family Math Workshops at Math Fair