END_OF_DOCUMENT_TOKEN_TO_BE_REPLACED

Many students face unique challenges in their learning process. You may think that students who are classified as special education need a different curriculum. Yet you might also worry that a separate curriculum would create an equity gap for those students—not to mention impact their perception of themselves in relation to their peers. And you would be right to worry.

But what if there was a program that provided such a radically improved learning environment that it could reach more learners at the place they are ready to engage their minds to think hard and learn? ST Math® is just that radical. And results show that it works.

In brief, the neuroscientists who spun MIND out of the University of California over 20 years ago, and patented a new approach to learning, identified how to apply several key principles that help almost any learner. 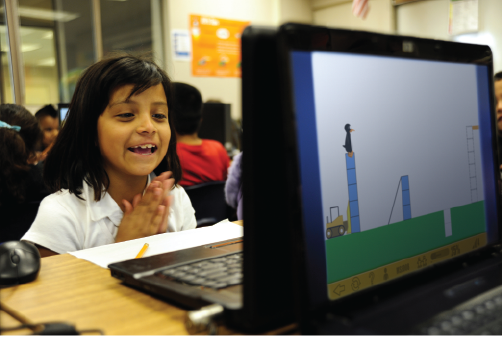 ST Math begins visually, with objects on the screen to manipulate. Children explore each puzzle, using creativity, informative feedback, and spatial-temporal reasoning to solve each puzzle. In short, students learn by doing. Once initial success—and learning—in the visual environment is achieved, the program gradually introduces traditional symbols and language.

All puzzles are the same for all students. All students must reach a score of 100% of puzzles at each level solved correctly—we call this mastery progression. Students are given as many attempts as they need, and all students, including those in special education, work at their own appropriate pace to experience deep conceptual learning while being challenged in ways that develop their persistence and build a love for math. 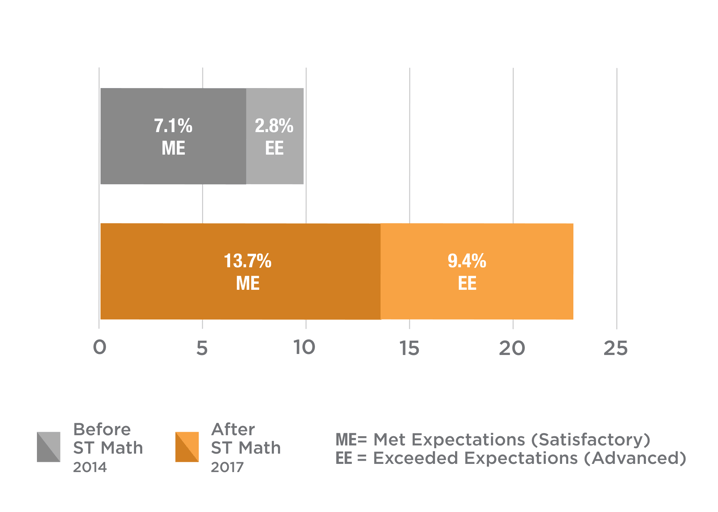 ST Math was created by MIND’s co-founder neuroscientist, who experienced a learning challenge due to dyslexia and struggled with not only reading, but also math because of the heavy use of words and symbols in traditional math education. That personal experience inspired Matthew Peterson, Ph.D., to not only study how the human brain learns, but to go on and create a math program specifically designed to better align with how humans learn—including many of the 7 million students receiving special education in U.S. public schools. The program was made to help more students thrive!

Because ST Math is visually based, all math concepts are taught, at least initially, with virtual manipulatives that students drag around the screen. Those manipulatives then animate to demonstrate rigorous mathematical rules. Students don’t even need numbers or any math symbols to perceive a rigorous math problem and engage with it.

For example, a student learning place value will play a game with flower petals (representing ones), flowers that have 10 petals (representing tens), bouquets of 10 flowers (representing hundreds), and so on. At this all-visual stage, the ST Math games are purely focused on the math concept. Numbers, symbols, and words are gradually incorporated only after the student shows they have mastered the concept by passing the initial difficulty levels with scores of 100% puzzles correct. This process fosters both mastery and deep conceptual math understanding in students. 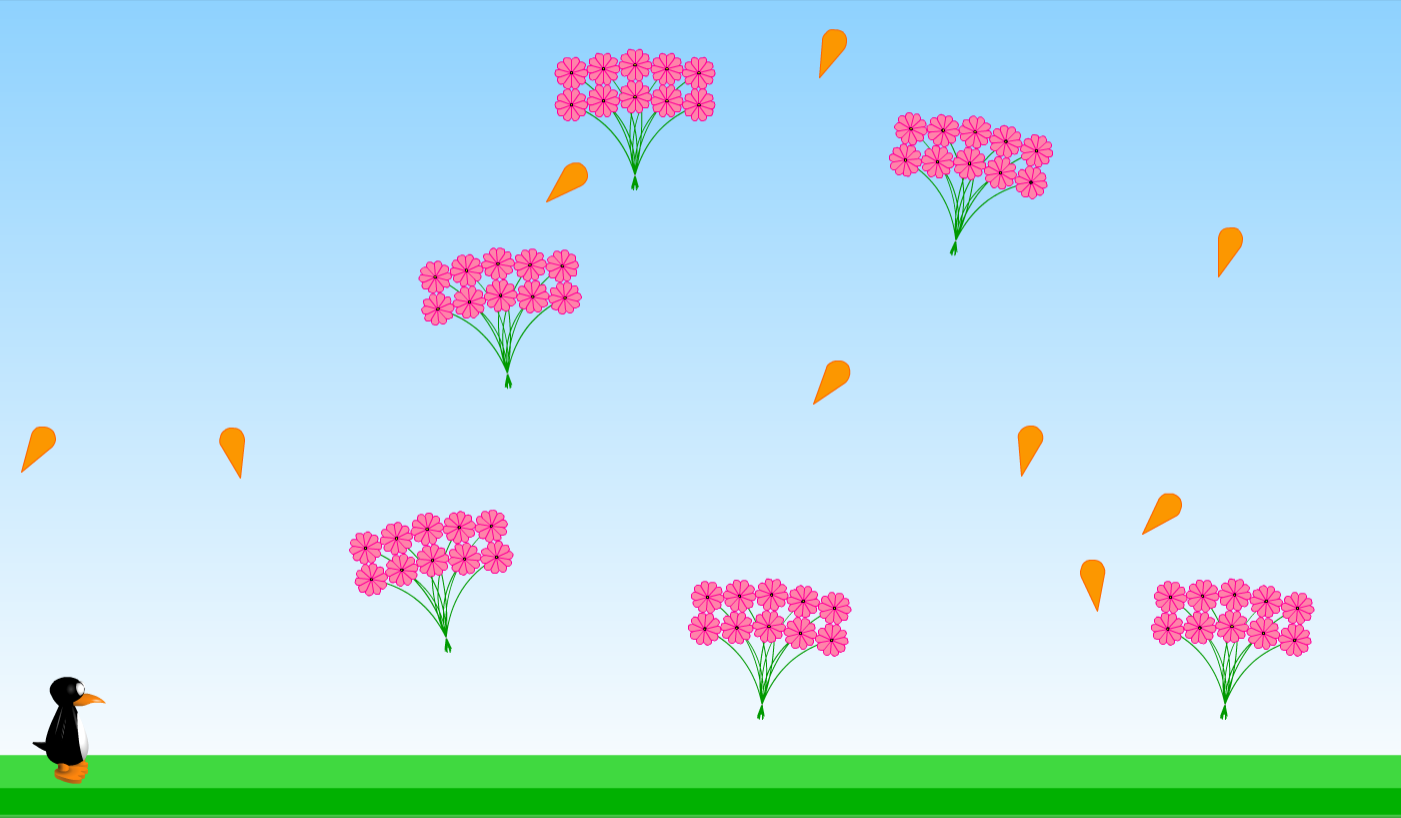 For many students in special education, this elimination of unnecessary language is extremely valuable because the abstract symbols for math can distract from the underlying, tangible mathematical concept itself. Keeping track of numerals, letters, new and unfamiliar math vocabulary words, wordy instructions or even word-problems and backstories, never mind new math symbols, require the brain to use and fill what neuroscientists call “working memory,” which is a limited resource in our brains. As students are required to actively “upload” and then attempt to think about—or juggle—what all of those different signs and symbols mean, their remaining working memory available to learn the actual math concept in front of them can be enormously limited.

Amy Price is a teacher in Tooele County School District, Utah, who uses ST Math with 7th and 8th graders in her special education classroom. Their math levels range from preschool to 3rd grade. Most of the students in her classroom use ST Math with a traditional computer, keyboard, and mouse, but some require a different setup, such as an iPad clipped onto a wheelchair.

“I have been able to use this program with so many of my students,” says Price. “It’s especially been a blessing for those who don’t read, and even those who don’t speak or speak very little.”

“My students get so excited to see their progress as they move through the levels,” says Price. “They get competitive with each other and with themselves.”

Students love video games. They can’t help it. A fifth grade student in special education who was chosen to pilot ST Math in 2014 for a research project summed it up well: “I hate math,” she said. “But I love technology.” 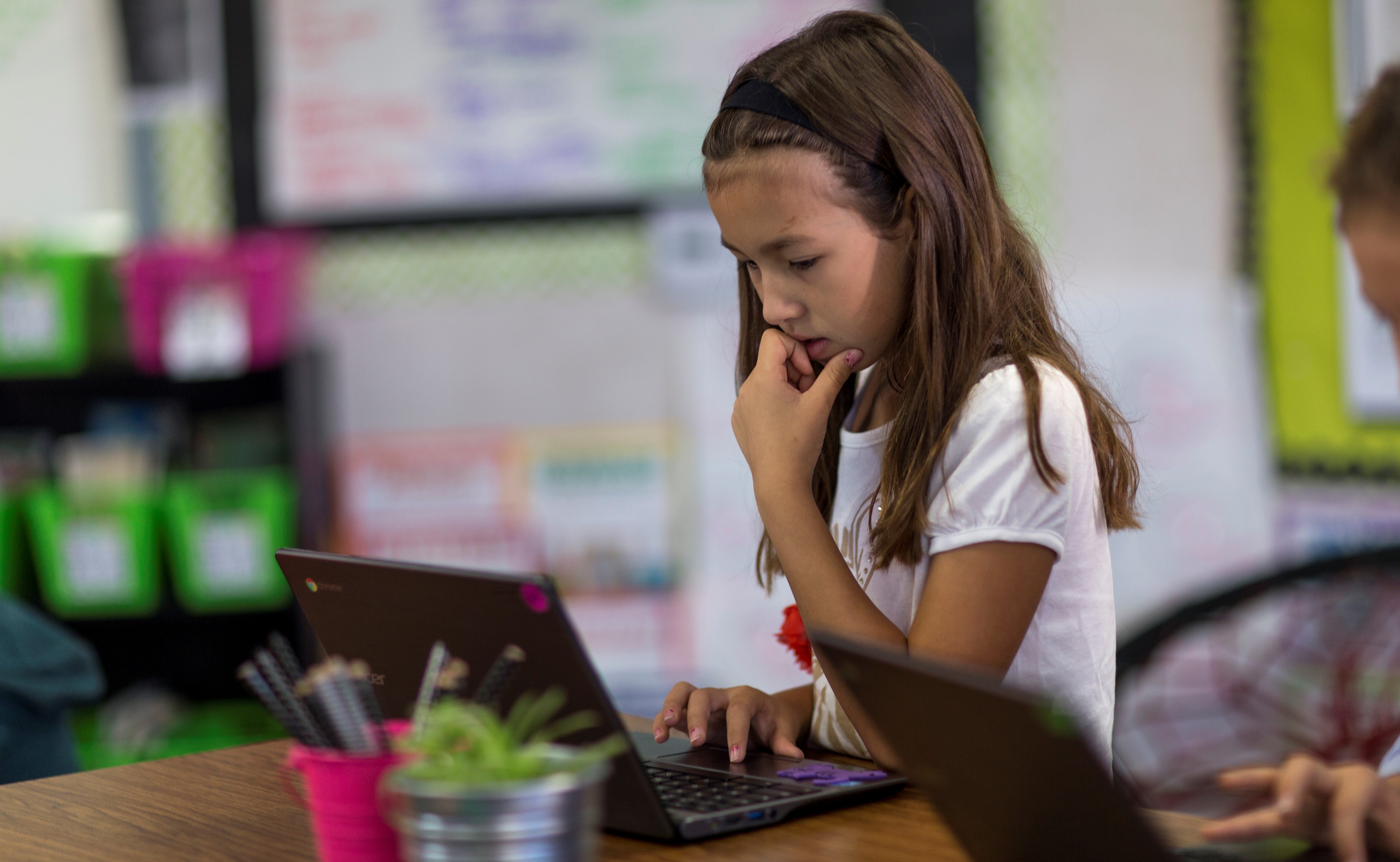 Students are fluent in the paradigm of video games—which is that the game can always be beat, the level can always be conquered, and the challenge can always be won. They don’t believe that video game designers would create a game level that can’t be beaten by kids like them. They know they just have to keep trying and retrying until they figure it out—even when it requires multi-step spatial-temporal thinking.

ST Math is self-paced, allowing students to move through at the speed that’s just right for them—repeating levels and concepts with informative feedback until they achieve mastery or breezing through those that come easily to them.

With students on individualized education plans, a teacher may place them in the requisite ST Math grade-level curriculum. But importantly, within a grade level, every student from special education to gifted and talented is going through the same puzzles. Regardless of a student’s learning pace, the concepts and challenges are the same to provide equitable learning and education for all.

Each puzzle is designed to start with an easy introduction to a concept that gives students a quick win right off the bat. Ah, the taste of success! But as the games scaffold and grow in complexity, every student will be challenged—regardless of their background or experience. 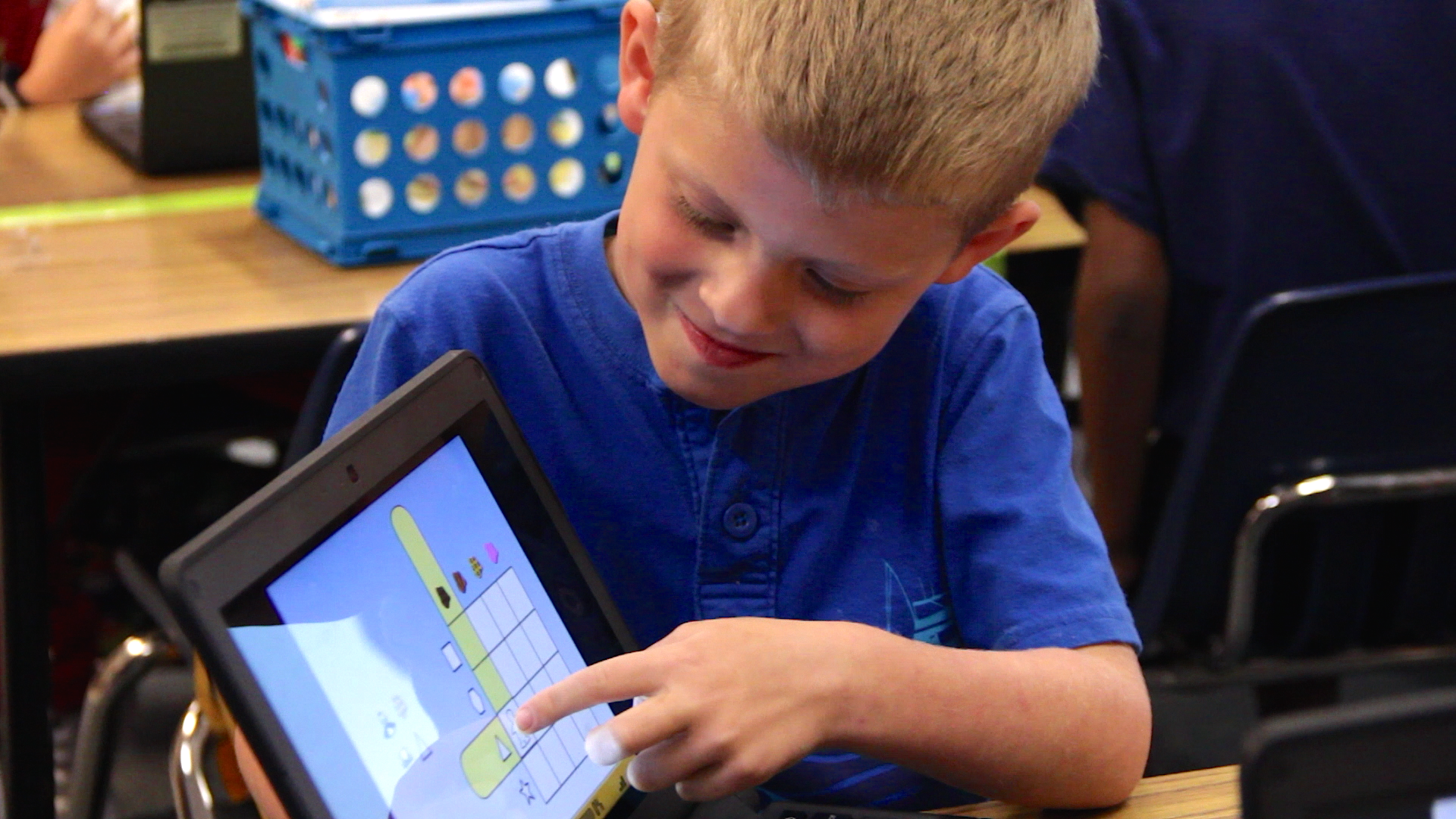 Price explains the difference in pace concerning the picture password, the first game that a student new to ST Math encounters, regardless of grade level.

“I was a little worried about my students being able to remember their picture password sequence,” she says. “But some of them learned it so fast, it was incredible. Others took a little longer. Some took closer to ten sessions.”

Increased perseverance is a fundamental social-emotional learning (SEL) outcomes goal for the designers of ST Math, and is observed and reported by teachers all over the country. A fifth grader in special education who piloted ST Math for her school became “more independent and persistent when solving problems,” according to her teachers. This is because ST Math requires all students to experience productive struggle.

With ST Math, students are learning math based on the neuroscience of how humans learn. Students benefit from challenging visual math puzzles with informative feedback. We believe every student should have the opportunity to solve the same 3,000 to 5,000 puzzles in their grade level.

Regardless of the learning obstacles students may face, all students deserve an equitable opportunity for growth—and that’s exactly what ST Math provides.