END_OF_DOCUMENT_TOKEN_TO_BE_REPLACED

If you think that a supplemental program’s only job is to support struggling students or catch up those learners who have fallen behind their peers, then you probably think gifted students don’t need any supplemental programs. But ST Math leverages the brain's innate spatial-temporal reasoning ability to solve mathematical problems.

In fact, a recent analysis of ST Math students in Texas found remarkable improvements for the gifted & talented (GT) student subgroup on the STAAR test. Between 2014 and 2016, STAAR math scores among gifted students who used ST Math increased from 91% meeting standards to over 98%. The percent of GT students who exceeded standards increased from 67% to 83%. When compared to the GT subgroup in similar schools, matched for math performance and socio-economic status, the effect sizes averaged over 1.0.

Because ST Math’s impact with English learners (ELs) is so well documented, it may seem like our visual instructional program was likely created with ELs as the main beneficiaries. But that’s not the case at all. ST Math was designed for how humans learn—including the 3.3 million gifted students in U.S. schools. The program was made to help more students thrive!

Crystal Smith, a teacher in Killeen Independent School District, points out that today’s college and career-ready curriculum requires students to do more than just use algorithms to solve routine problems. In the analysis, gifted students using ST Math in her district outperformed their peers in Texas.

“Now students are expected to solve on a number line or draw a picture—it’s heavily based on models, and my GT kids have a hard time with that. They’re very good at manipulating numbers, but once you throw in the pictures and representations, they can get frustrated. ST Math helps them with that,” says Smith. 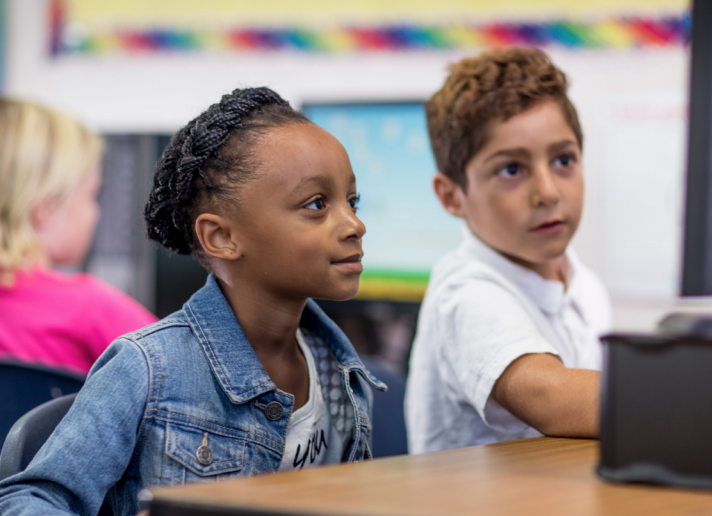 With ST Math, Smith says that all of her fifth graders, including her gifted ones, understand concepts like volume more fully than if they simply memorized, drilled, and practiced “volume equals area times height.” This conceptual understanding enables students to succeed later when they encounter non-routine problems—the kind that require more than regurgitating an expertly memorized series of steps (which gifted kids are so good at). These are the kinds of challenges they need to thrive academically and the growth experiences they need in real life.

Renowned gifted education researcher Carol Ann Tomlinson said in a 2017 interview, “Realizing how seldom you go into a classroom and find virtually everyone fully engaged and participating in an optimistic way signals a need for instruction that addresses individual variance as well as common content requirements.”

This was top-of-mind when administrators at Ohio’s Pickerington Local School District, where about one-third of the students are identified as gifted, set out to build a technology plan around personalized learning. Their focus was on enabling teachers to ensure every student was rigorously engaged with the content. 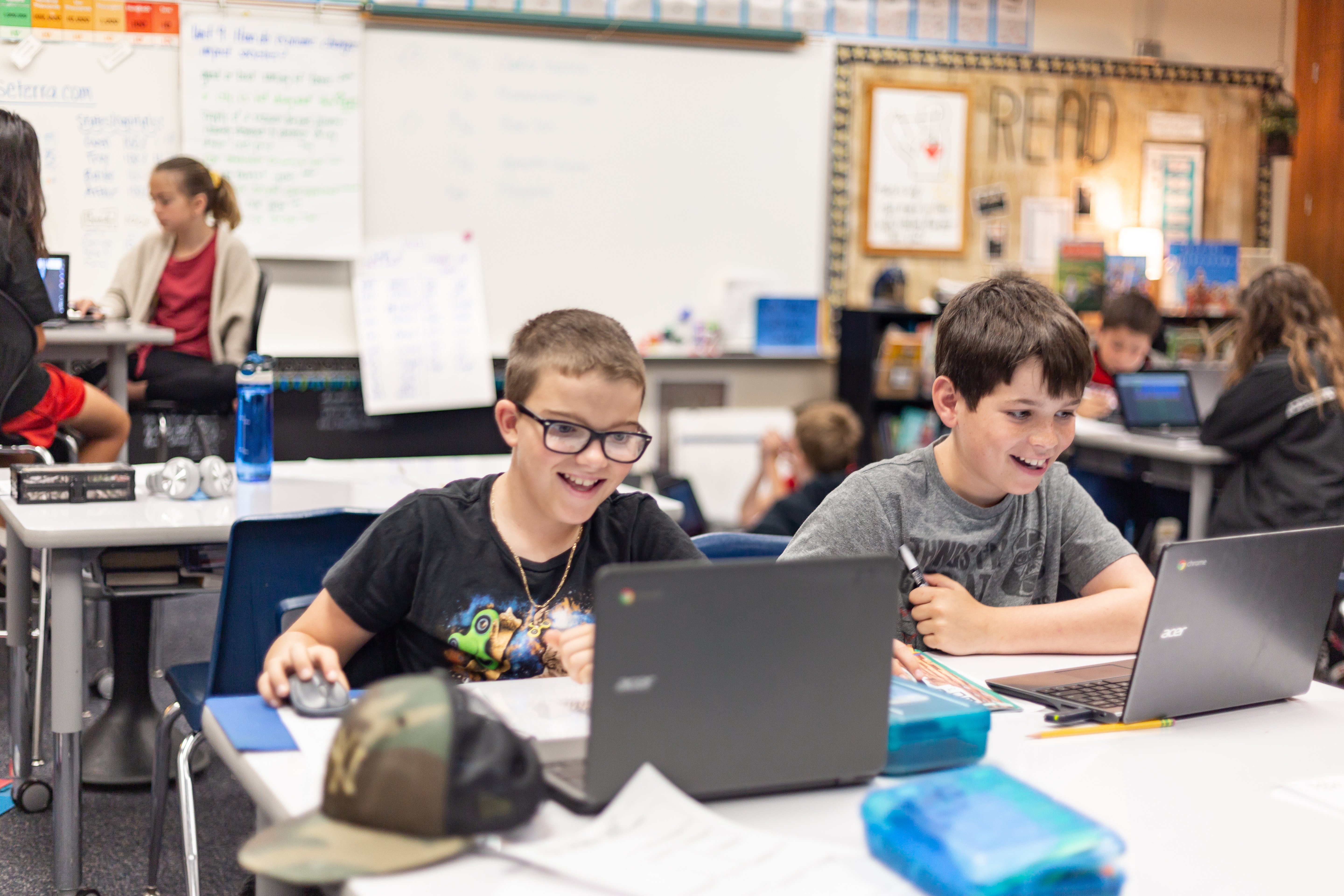 “For the first six months, we talked about nothing other than what we wanted teaching and learning to look like in the future,” said Brian Seymour, describing the yearlong process the district engaged in to create its technology plan. “A lot of that geared around the idea of moving the teacher out from behind their desk, giving the kids what they needed, and not teaching to the middle.”

Because ST Math requires all students to solve the same deceptively simple puzzles early on, and then work their way through to sometimes maddeningly tricky puzzles, it is never teaching to the middle. Ultimately, Pickerington chose to deploy ST Math in alignment with its goals—and experienced increases in math performance as a result.

Whether it’s struggling with a puzzle that forces the student to use spatial-temporal thinking on some new math, or getting stuck for the 20th time on a challenge game, all ST Math students eventually reach some level of struggle. Given time and informative feedback,  they will work through it at their own pace. Along the way, they will develop an important association between trying and learning from their mistakes, and embracing new challenges.

“When the gifted kids get stuck on something, they feel defeated. So I give them a break and have them help someone else who’s not as far along as them,” says Smith, the teacher from Killeen. “I have the gifted students serve as mentors for their classmates who are stuck on levels.” 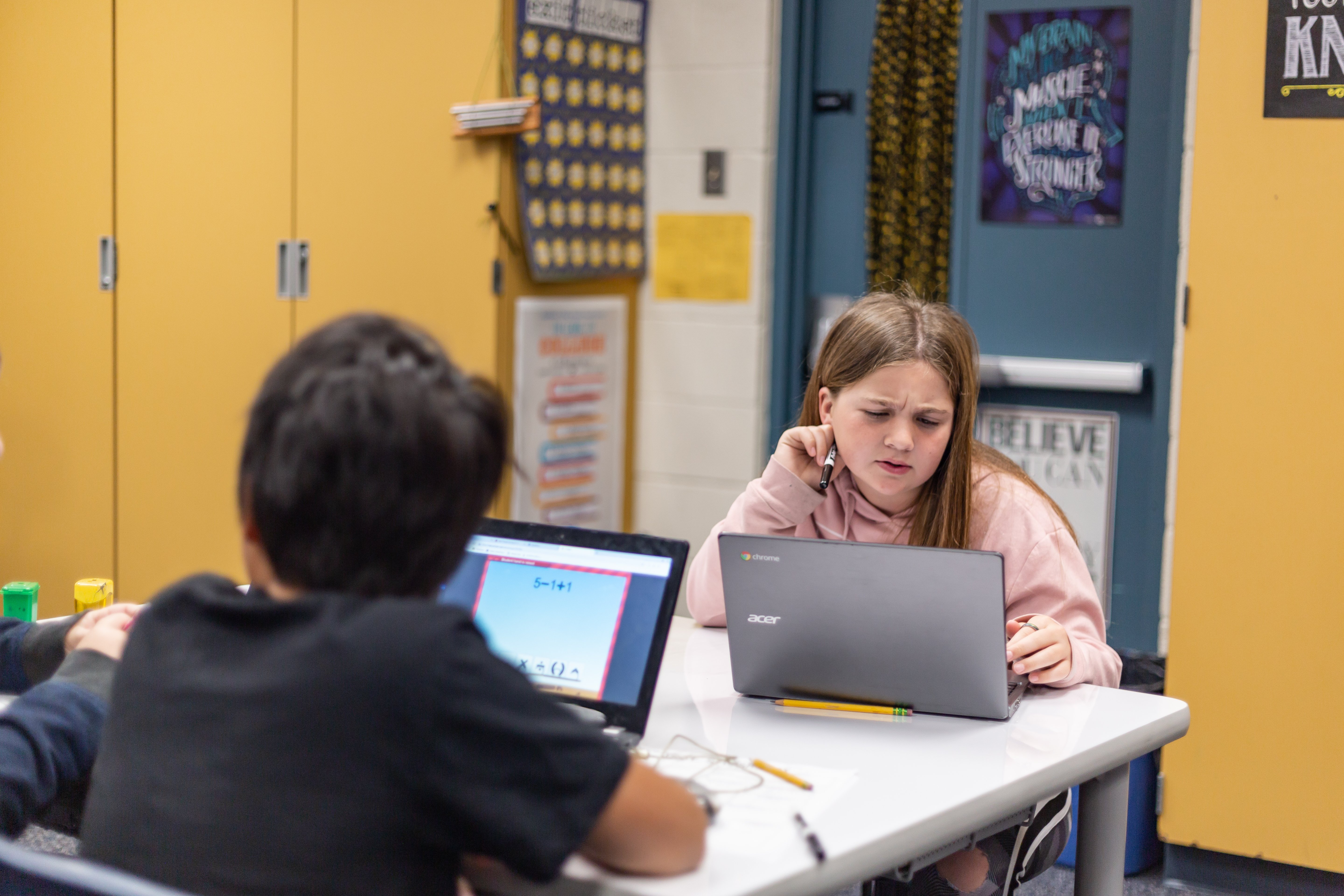 This is a classic tactic for encouraging productive struggle. It allows the gifted student a moment to reset before returning to the game when their frustration has worn off. But it benefits more than just the gifted students. Smith says her students often respond better to peer tutoring than to teacher intervention.

It’s crucial for the gifted students to reach their own individual levels of struggle with ST Math. Too often, gifted students almost never struggle at school and end up developing a belief that failure for them is unacceptable, rarely testing their tolerance for challenge. They lack grit.

Mistakes are one of the best learning vehicles. You can learn more from a mistake, often, than from getting something right.

Based on leveraging the neuroscience of how all humans learn—not just low math performers or ELs—ST Math proves productive for the full range of students.

Students benefit from challenging visual math puzzles with informative feedback. Students can ultimately grow through productive struggle. All students—including the gifted and talented—deserve an equitable opportunity for growth, and that's what ST Math provides.