END_OF_DOCUMENT_TOKEN_TO_BE_REPLACED

Fifth grader Austin Brown is adorably quirky. Every day he stacks the blue and brown class chairs in a sometimes complicated pattern. He’s been known to point out random patterns, like the fact that the problem the class is solving is a factor of the page number they are on in a book. His passion for mathematical patterns and math even fuels his writing – his teacher says he composes poetry with rhythms and meter nearly as complicated as Shakespeare’s.

Classmates call Austin “The Math Machine” because he was the first in his class to finish the entire fifth grade curriculum and all the challenge puzzles for ST Math, the game-based computer program the school uses.

"Sometimes math can be boring but ST Math problems are fun,” says Austin. “They make my brain bigger!"

ST Math has helped schools across the country, including in Pinellas, double their growth on math scores. JiJi, the animated penguin of the ST Math games, crosses the screen every time a student solves the puzzle correctly. “Basically, we’ve boiled all math down to how do you get the little penguin across the screen,” says one of the game designers.

When Michael Grego, Superintendent of Pinellas County Schools, was presented recently with a JiJi doll for his support of ST Math and a “JiJi culture” in Pinellas, he graciously declined, saying it should go to a deserving student instead.

The plush JiJi went to Austin, who promptly dubbed the penguin Grego, and started building an at-scale miniaturized world for JiJi, including a computer, a book for class reading time and a “STEM tank” machine to drive. 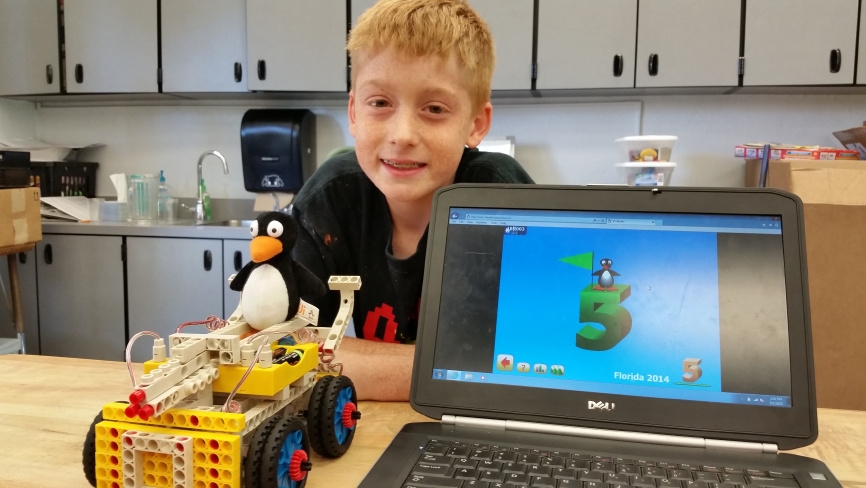 Austin’s teacher, Bill Black, says the entire class was inspired by the story of the superintendent’s JiJi being given to Austin, and they are doubling down their efforts to make progress with ST Math. On Cinco de Mayo, they collectively reached 90% completion and received a postcard featuring JiJi in Mexico, a serendipitous tie-in to their social studies lesson for the day.

Black emphasizes the importance of the ST Math progress postcards the students earn each time they make 10% progress on the ST Math syllabus. “It’s not just the completion recognition that’s important, but the incremental recognition,” says Black. Not every student will reach 100% completion, he explains, but they love the sense of accomplishment they feel at each milestone along the way. 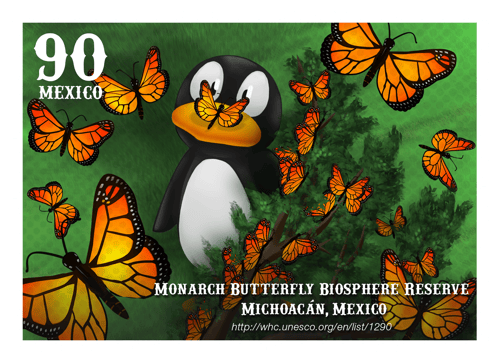 Black sees tangible benefits to using ST Math in the classroom – including letting students play with concepts visually before he teaches them in class. Volume is an ideal example: “By the time I got there, JiJi had helped me conquer it already.” 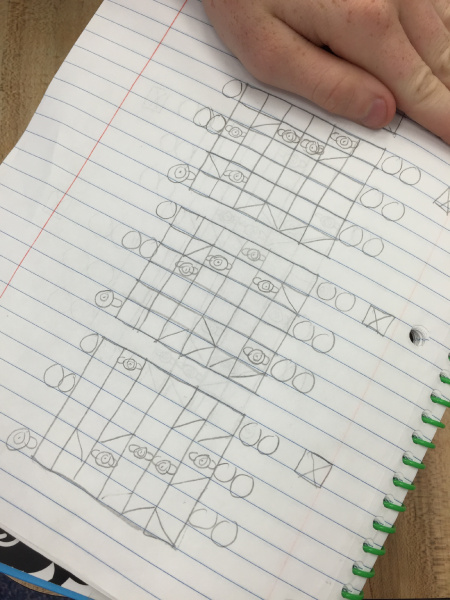 In addition to giving Black a head start in teaching concepts, the game-based aspects of ST Math are helping Austin and his classmates develop a thirst for challenging problems. “I like the more challenging problems,” says Austin. “My favorite was Kick Box because I got to move things around and draw out possible answers in my math journal.”

While Austin may be his class’s official “Math Machine,” Black is using JiJi to help his entire fifth grade class grow into confident, skillful problem-solvers. Through their math journals and other activities, Black has expanded ST Math and JiJi into the larger culture of their class’s learning community. They have held JiJi celebrations, carefully folded the JiJi origami, and constructed the JiJi cube, all in an effort to foster a problem-solving, success-oriented JiJi culture that permeates their learning experiences.

Reconstruction is Occurring in Education: Innovative Cradle-to-Career Pathways are Essential