END_OF_DOCUMENT_TOKEN_TO_BE_REPLACED

The words of the famous East Los Angeles calculus teacher, Jaime Escalante, were at the forefront of my mind as I reflected on this year’s celebration of Hispanic Heritage Month. Ever since I was young, I knew I wanted to be a teacher. I remember teaching basic grammar and simple equations using my miniature chalkboard to my captive audience of stuffed animals. I loved school and learning, especially from influential educators I would encounter throughout my academic career.

Teaching is one of the most rewarding professions because teachers, in essence, are the positive role models that inspire young people to push themselves to improve their lives through acquiring self confidence, skills, and knowledge. Teachers pave the way for hope, which aligns perfectly with this year’s Hispanic Heritage Month theme, Esperanza: A Celebration of Hispanic Heritage and Hope.

In our celebration, members from MIND’s Una Voz affinity group shared their personal stories about their families and what being Latino/a meant to them. We also highlighted notable figures in the fields of Science, Technology, Engineering, and Mathematics (STEM). But still, I wanted to hear from the people responsible for shaping young minds—the teachers. I wanted to know if any other educators shared my experiences while I was growing up. I was fortunate enough to sit down with fellow educators and proud Latinas, Jacqueline Moreno and Olivia Santos to reflect on their past, the present, and the future. 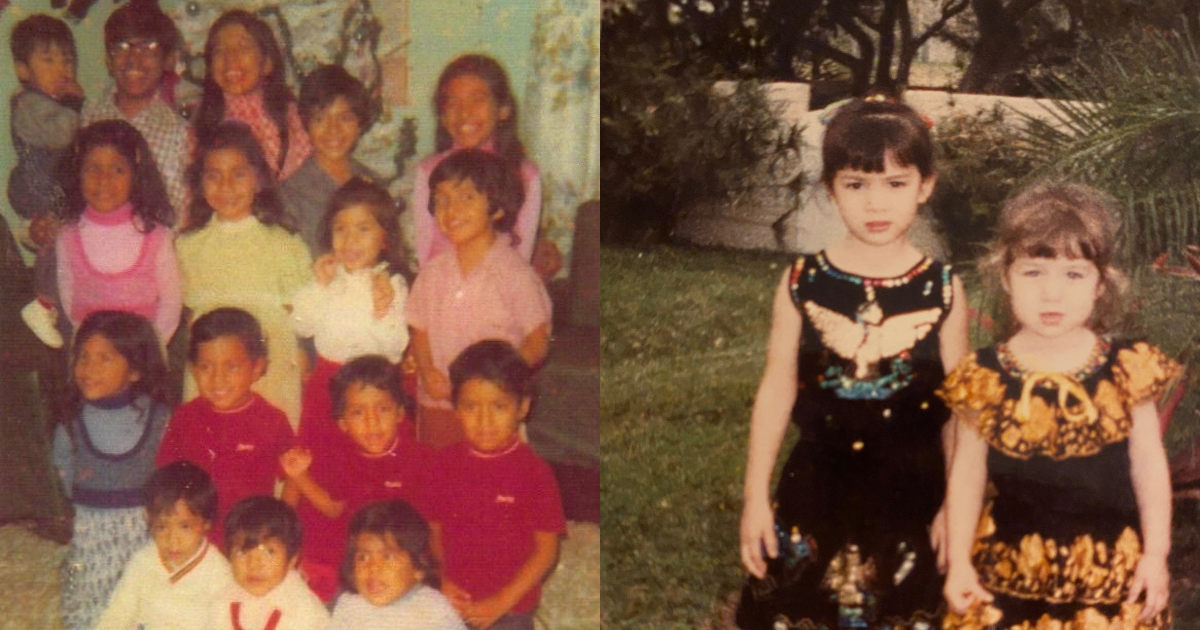 Jacqueline Moreno was born and grew up in Houston, Texas, during a new wave of Mexican immigration in the early 1970s. Tensions were high, and the word “Hispanic” conjured up xenophobic rhetoric and images of an outsider—someone on the periphery of the American dream.

While in elementary school, Jacqueline felt that she was never wholly accepted for all that she was. At home, she enjoyed speaking Spanish; however, her mother emphasized the importance of speaking English and assimilating into American culture. Jacqueline recounted that this was a commonly held belief by other Hispanic families trying to live their lives in a less than welcoming place. Hispanic traditions were celebrated with relatives at home, but many tried to erase any trace of it at school.

Despite Texas’ proximity to Mexico and sizable Spanish-speaking population, the Spanish language was not incorporated into instruction at her school. As a result, Jacqueline felt underwhelmed by much of the curriculum because many of the lessons did not highlight her culture and American experience.

“I felt dismissed because of my name, skin color, and culture. There wasn’t any Hispanic representation in the lessons I was taught growing up and well into high school. Children need to see themselves in what they’re learning, or they won’t be able to form those deep connections.”

This feeling became even more pronounced in high school. On paper, Jacqueline’s grades demonstrated a strong proficiency in science and mathematics and a promising future for college and career advancement. However, the stereotypes of the time caused her to feel that no one expected her to move on to college, or if she did go onto college, she wouldn’t get a degree in those fields.

The low expectations set by her teachers motivated Jacqueline to change the education system from within, so other students like her wouldn’t experience what she went through. After graduating high school, Jacqueline worked three jobs to pay her college tuition. She has now been an educator for more than 30 years.

Education is what molds society, and without education, our society would collapse.

Like me, Olivia Santos knew she wanted to be a teacher as early as the second grade. She grew up in Brownsville and Laredo, Texas, both border towns with a predominately Hispanic demographic. However, in contrast to Jacqueline’s story, nearly all of Olivia’s teachers were Hispanic, which helped Olivia visualize a path to becoming a teacher in the future.

Olivia wasn’t conscious of how her culture was different until she moved to Dallas for college. Since she grew up around so many Hispanic people, activities she thought everyone did were highlighted as unique attributes of her heritage.

After graduating from college, Olivia immediately got into the classroom at just twenty-one years old. When she saw the need to encourage more Hispanic students—especially young girls—to pursue STEM, she wanted to make a difference and open doors for students that weren’t available to her when she was in school.

Working with young girls, I have to be a role model for the them in my community. I’m in a unique position where I can inspire and lift up so many people and make a difference to pave a way for more access to opportunities.

Making math education more inclusive to all students is a central goal of MIND Research. It is also very complex, requiring many people to peel back multiple layers of bias and inaccurate assumptions. First and foremost, students need to see themselves as the capable problem solvers they are. Much of that begins with including culturally relevant experiences where students can connect the learning to what they already know. 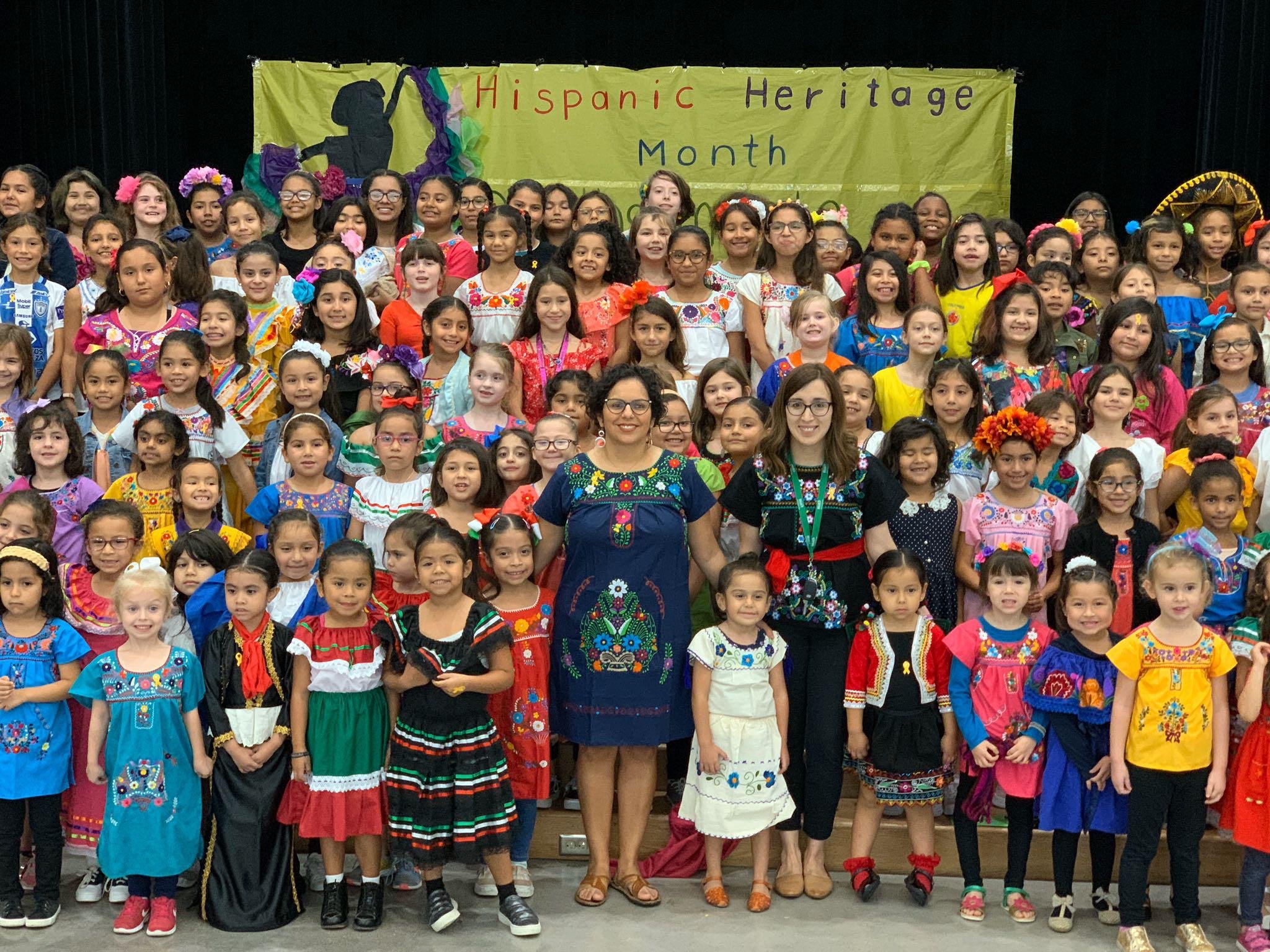 It’s also important to teach our Hispanic students the importance of productive struggle. Math has been taught in black and white terms, but the goal is to show them that there are multiple ways of thinking to get to an answer. Getting an answer wrong doesn’t validate that they cannot succeed; it only shows them that they’re on the right track.

Jacqueline and Olivia’s schools serve many first-generation Americans with strong ties to their Hispanic roots. In this context, it’s essential to be intentional about the kinds of cultural connections that are made in the classroom. The goal is to make sure all students feel included for who they are and can express a genuine part of themselves. For example, if a word problem is talking about carving a pumpkin, keep in mind that some students may have never done that with their families.

Everything Comes Down to Family

Like many Latinos/as, my roots are grounded in family. Through them, I feel connected to a part of myself that extends beyond Hispanic Heritage Month. My grandparents spoke the Spanish language and my parents ensured that traditions ingrained in my family for generations were kept alive.

I love that I can celebrate these family traditions now because I felt that they were frowned upon when I was a kid. But celebrating the things that make us unique is important. It brings a certain kind of magic to the world when we can be our authentic selves and invite others to join in those celebrations.

Happy Latino/a Heritage Month! If you’d like to learn more about how we celebrated this time at MIND Research, check out the links below.

See our celebration on social media: 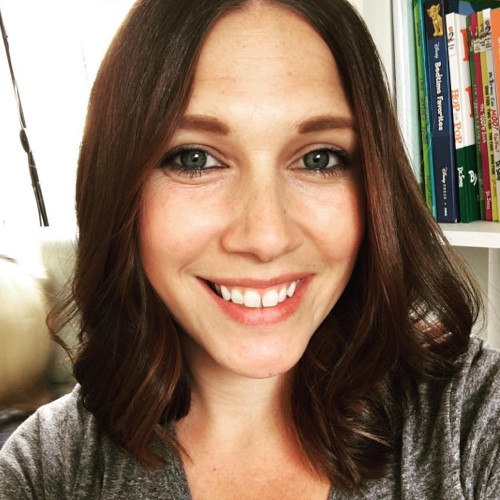 Anita Delgado is an Education Success Manager at MIND Research Institute based in San Diego, California.