END_OF_DOCUMENT_TOKEN_TO_BE_REPLACED

A District-wide Math Revolution Started with a Little Penguin

Something is going on at Killeen Independent School District (KISD) that has both teachers and students eager to solve problems, think critically and go deeper in their learning. This learning revolution began with the introduction of a little penguin, and it is changing the math culture across the district.

When KISD first piloted ST Math, which features a penguin named JiJi, in one of its elementary schools in January 2013, the results were more substantial than anticipated: triple-digit math gains in comparison to other Texas schools on STARR (State of Texas Assessments of Academic Readiness).

Next school year, KISD rolled out ST Math to all 32 of its elementary schools, with funding support from Toyota USA Foundation and Xerox. “What we identified with ST Math is that it is not just a remedial tool, but a support to the core curriculum,” says Miller. “It helps students make connections and identify with the concepts in teacher lessons.” 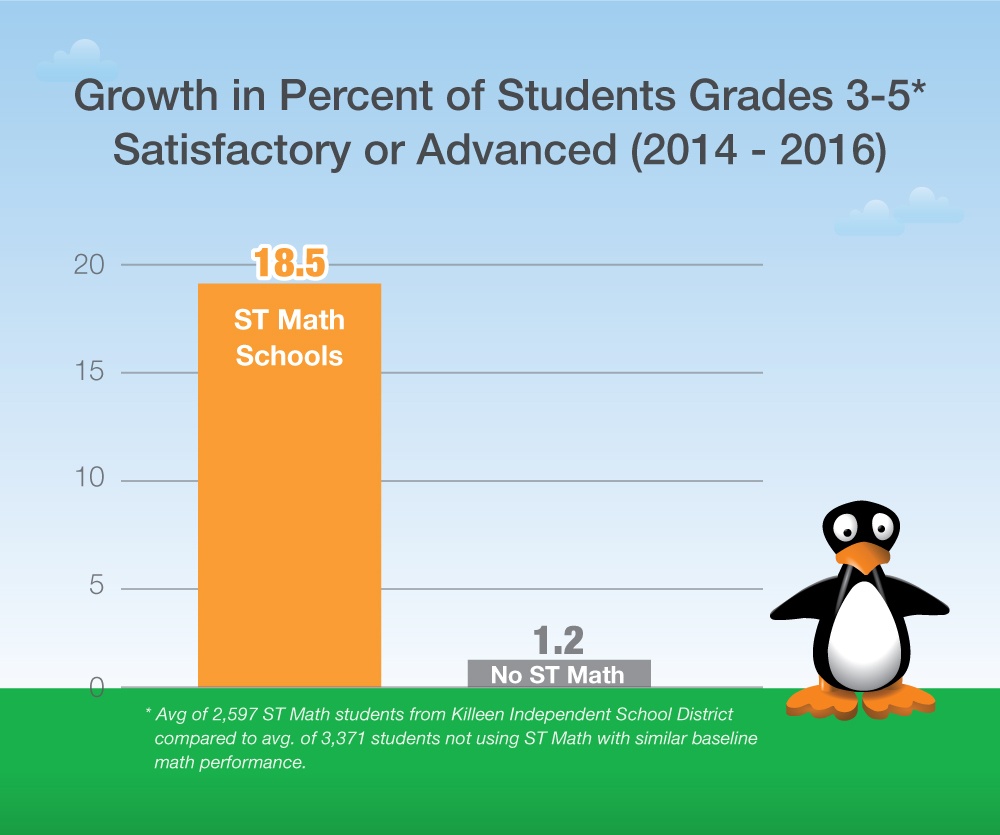 Students Eager to Learn Through Play

Today, students across this large and diverse district are now not only improving in their math proficiency, but eagerly learning, according to math instructional aide at Oveta Culp Hobby Elementary, Patricia Ferrell, who had to open a second computer lab to accommodate all the students who wanted to play ST Math before school.

One fourth-grader was among the first to finish his entire grade-level ST Math curriculum for two years straight. As he whizzed through the program, “he was eager to see what the next challenge was and to see if he could meet the challenge,” says Ferrell. He enjoyed exercising personal ownership over his learning in ST Math and, Ferrell says, was intrinsically motivated to keep going, even when he encountered new and challenging concepts he hadn’t learned before. “He liked that he was learning different things with the program.”

What makes ST Math so attractive to students? ST Math is improving students’ problem-solving skills on a platform that’s familiar to them, says Oveta Principal Dr. Jennifer Warren. “The fact that ST Math looks more like what they’re accustomed to doing in their free time, such as playing a video game, that’s an attractive aspect.”

“Students are improving with their problem solving because not only do they have to stick to it, like a video game, but just trying the same strategy over and over again won’t work. They have to try many different strategies and ways of approaching the problem to figure out how to get JiJi to move across the screen. It forces them to slow down and think critically.”

Teachers and Students Learning Together

Warren says students are making classroom connections to their work with ST Math in the lab. “During a classroom lesson they may say, ‘Oh, that looks like what I did on ST Math with JiJi,’” she says, referring to the animated penguin in the program.

Spurred by the connections students were making between ST Math and classroom lessons, Miller says teachers found an unexpected tool and aide in the program. “It helps our teachers identify different ways that students might understand the (math) concept, by watching and looking at what’s on ST Math.”

That sentiment is echoed by Karen Hutchison, Director of Elementary Curriculum and Professional Development, who says that teachers in her professional development sessions are benefitting from ST Math just as much as their students, learning new math concepts they can then reinforce in the classroom. “That’s been a powerful side effect of implementing ST Math for our children, because our teachers are developing stronger mathematical skills.”

Overall, says Hutchison, for KISD students, ST Math offers math instruction in a way that motivates and educates. “It’s fun and it challenges their thinking. ST Math engages their minds and instantly provides an opportunity for them to be successful students.” 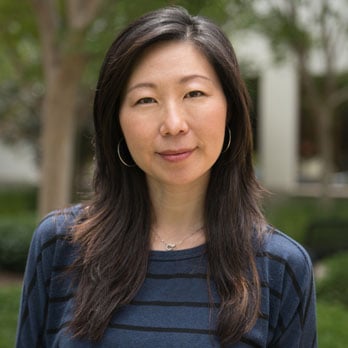 Heera Kang was Manager of Engagement Content and Design at MIND Research Institute. Productive struggle, growth mindset and equity in education are some of her favorite topics.

Columbia Public Schools: The Making of a Math Culture