END_OF_DOCUMENT_TOKEN_TO_BE_REPLACED

Getting Curious About Geometry Through Visual Math Puzzles [Activity]

When learning about math in school, I, like most young students, thought math was about numbers and symbols, things like +, -, 12, AB and X (and when I got to highschool: Δ, ∑, and of course, the classic ∫).

It wasn’t until I was an undergraduate in college that I learned that math was more than doing computations, math is also about exploring logical structures and asking questions. While symbols are important, they are not the only way you can “do math.” Instead of pushing symbols around, try visualizing the thing you are thinking about. Visuals have the power to highlight structures that can be hidden between the lines symbolically. Many mathematicians work visually, because it makes their work easier, or because they have to. To quote mathematician William P Thurston:

People have very powerful facilities for taking in information visually or kinesthetically, and thinking with their spatial sense. On the other hand, they do not have a very good built-in facility for inverse vision, that is, turning an internal spatial understanding back into a two-dimensional image. Consequently, mathematicians usually have fewer and poorer figures in their papers and books than in their heads.

Here’s an example of visual problem solving you can try on your own and with geometry students:

Puzzle: How many pennies does it take to surround the center penny?

TRY IT: Surround one penny with the other pennies, so that each penny touches the center penny.
DISCUSSION:What do we know about circles?

TRY IT: Put two pennies next to each other so that they touch.
DISCUSSION: What can we say about two circles that are touching?

TRY IT: Add a penny so that it touches both pennies.

DISCUSSION: What can we say about three circles touching?

What do we know about triangles?

What do you think will happen if we keep adding circles?

TRY IT: Keep adding pennies until the center penny is surrounded again.
DISCUSSION: What shape do the triangles between the pennies create?
What do we know about hexagons?

FURTHER DISCUSSION:
Does this work with all coins?
If we changed the size of the coins on the inside to be a quarter, does that still work?
Are there coins that leave gaps?

This puzzle would have been hard to explore had we not played with a physical visualization, or drawn it on paper.

Visuals have the ability to uncover things that are hidden in the words, and give you that much more power when solving problems. Even though mathematicians have to go back and prove things formally with symbols, they often get the ideas for their proofs from visualizations, mental or otherwise. Visualizations are worth 1,000 symbols when it comes to understanding how all the pieces come together.

Further Math Questions and Resources:
This puzzle is really one of just many in the sphere of “Circle Packing” questions. Take a look at Wikipedia as a starting point for more questions, in particular, look at the triangular and hexagonal packings. Look familiar? Be careful not to lose too much time following links! 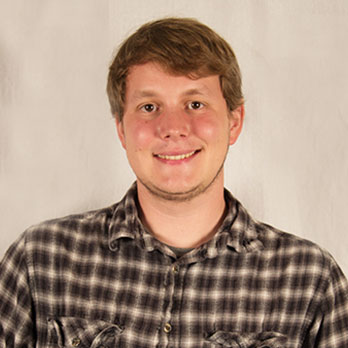 Austin Fringer is a Mathematician at MIND Research Institute and a member of the innovative team leading the learning revolution.

3 Ways to Take Corporate Social Responsibility to the Next Level

DCPS Perseveres In Its ‘Capital Commitment’ to Math Success