END_OF_DOCUMENT_TOKEN_TO_BE_REPLACED

Picture a proud lioness stalking the plains of the Serengeti, slinking silently towards an unsuspecting hyena. Suddenly, another one appears out of the brush. Unfazed, the lioness stalks on, confident in her strength and abilities. But then another hyena appears, and another. This gives her pause. Feeling outnumbered, our lioness silently slinks away, living to hunt another day. Although few would call this math in the conventional sense, this lioness is actually performing a quantity comparison in her head, comparing the number of hyenas she sees with some internal representation of what she considers to be “too many.” And it’s not just lions who possess this innate ability. Monkeys know how to quickly evaluate which tree to climb based on which contains more bananas. Fish pick out the largest school to join in order to minimize chances of predation. Rats can even be trained to press a lever a specified number of times, with approximate accuracy.

Approximate Number Sense (Humans have it too!)

This evolutionarily ancient ability is termed the approximate number system (ANS), and although it first evolved for purposes of practicality and survival, it has also paved the way for a uniquely human ability – the complex and precise manipulation of quantity which we call math. This is possible because the ANS, which allows us to mentally represent approximate magnitudes, provides an innate cognitive template from which children can develop an understanding of exact magnitude, represented by symbols such as Arabic numerals (i.e., 1, 2, 3, etc.). The development of these symbols, and the ability to assign corresponding magnitude to them, is what allows the acquisition of higher-level skills involving the mathematical manipulation of quantity. Just as the ANS has allowed our evolutionary ancestors and early humans to thrive and flourish in their environments, so too does it allow modern humans to thrive and flourish in our increasingly mathematical society.

However, people naturally vary in the precision with which they are able to represent mental magnitudes via the ANS. Imagine, for example, how some people are pretty good at estimating the number of jelly beans in a jar whereas others can be wildly off the mark. It is thought that those who are better at estimating such magnitudes also perform better in numerical and mathematical tasks. For example, infants as young as 6-months have been tested on their ability to discriminate an array of 10 dots from an array of 20 dots based on their gaze time (i.e., longer gaze time whenever a magnitude change occurred implied successful quantity discrimination). Critically, when these infants were followed up 3 years later and given a test of early math achievement, researchers discovered that those who were most successful at discriminating quantity as infants grew up to have the highest math scores as toddlers.

This relationship between the acuity of the ANS  and math can remain well into adulthood and has even been shown to correlate with SAT and GRE scores. However, not all studies have been as successful in demonstrating this relationship and it is important to stress that correlations between ANS acuity and math performance overall tend to be small, as there are so many other factors that influence how a person performs on math tests. But it is apparent that the ANS is an influential factor, and moreover, it is the earliest post-natal metric of mathematic competence, thereby making it a prime target for intervention.

The natural question that arises out of all this is: if the ANS is an innate ability, are we simply stuck with what we’re born with? The good news is that much can be done environmentally to intervene. Math education, for example, seems to have a reciprocal role such that more education leads to greater ANS acuity, just as higher ANS acuity promotes better math performance. More importantly, it seems that this acuity is also susceptible to the method of practice and training. A couple of recent pioneering studies (2013 study; 2014 study) established that a brief visual-perceptual training regimen targeting the ANS is able to improve arithmetic skill. This was tested in college undergraduates, using a computerized task that requires the approximate addition, subtraction, and comparison of different quantities of dots. Training lasted less than a week, and only involved about 20-30 minutes each day. Yet, even such a brief intervention was able to improve their arithmetic scores (adding and subtracting two or three digit numbers) by about half a standard deviation, a phenomenon that we tested and verified here at MIND Research Institute.

To put this in an educational context, if a student normally scores in the 50th percentile on an arithmetic test, then one week of visual-perceptual exercises can boost her score up to the 67th percentile. What’s even more remarkable is that these improvements were demonstrated in college students, who presumably have already mastered these basic arithmetic skills. On the heels of this success, this same research group replicated these findings in preschoolers, training them with a similar, but gamified version of the intervention. Again, those who trained on the ANS game improved more on the TEMA-III (Test of Early Mathematics Ability, 3rd edition) relative to a control group that only trained on a short-term memory task.

Building a Solid Foundation for Math With Early ANS Training

These results are especially promising in that they demonstrate the generalizability of ANS training since the TEMA tests a broad range of abilities related to early mathematical competency, such as number magnitude comparison, counting skills, and word problems involving single-digit addition and subtraction. In other words, ANS training can improve student learning in all of these areas. Although much remains to be understood regarding the underlying mechanisms of ANS training, it is proving itself to be easy to implement, applicable to a broad range of ages, and requires minimal cognitive effort on the part of the student. Altogether, it is shaping up to be a very promising educational tool for the development and refinement of math skills.

Math can be an intimidating subject for many, especially because it builds so vertically upon previous knowledge. That is, you cannot truly understand multiplication without addition, nor algebra without basic arithmetic, nor calculus without algebra. The list goes on. Even one small misstep along the journey of math education, if not remediated, can start a vicious cycle of frustration and confusion for years to come. And the earlier this misstep, the greater the domino effect. Early intervention, therefore, is the key to ensuring solid foundations upon which to train the next generation’s mathematicians. Fortunately, evolution has left us with a great set of building blocks that can be targeted for just this purpose. 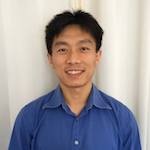 Jacky Au was a researcher at MIND Research Institute and is also a student at the University of California, Irvine where he is pursuing a doctorate in Cognitive Sciences.

Advancing Equity in Education Through Wifi