END_OF_DOCUMENT_TOKEN_TO_BE_REPLACED

As we write this, exhibits, games and one-of-a-kind math experiences are being set up in the Bren Events Center, where we expect 2,500 people to come and play with math at our inaugural Math Fair on Saturday. While we’ve called our Math Fair a “pop-up” museum, there is only one permanent math museum in the U.S.: The Museum of Mathematics in New York City. We are excited to have their traveling exhibit, Math Midway 2 Go, at our Math Fair for guests to enjoy.

Children play with number families on the number line tightrope, one of the Math Midway 2 Go exhibits featured at the Math Fair.

The Ring of Fire exhibit reveals hidden shapes when visitors hold a solid object in a laser. It’s one of six exhibits from Math Midway 2 Go that will be featured at our Math Fair.

Space is filling up fast, but it’s not too late to register! 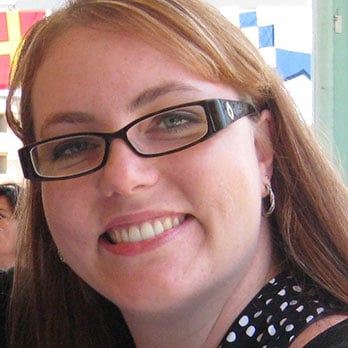 Abby Daniels was Director of Communications at MIND Research Institute, where she worked for over 10 years as the organization transformed from a small, local nonprofit to a national leader in education.