END_OF_DOCUMENT_TOKEN_TO_BE_REPLACED

Breaking the Barrier: Honoring Educators on the Front Lines 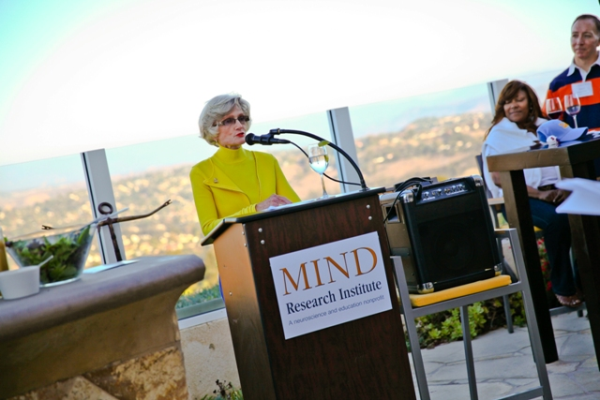 When I first started teaching at a low-income, all-minority school in Santa Monica in the 1950s, not much was expected of the kids. I was told by the principal just to keep the students in their seats when administrators would come to the classroom – a sentiment not uncommon in those days. But I was offended by that. Instead, I introduced the students to science and had them doing a hands-on project building models of the solar system and when the administrators came through. they saw students who were learning and thriving.

I firmly believe education is the root of everything – economy, workforce development, self-responsibility and fulfillment. Democracy, to operate effectively, is dependent upon an educated electorate. As a teacher, I understood that children could only progress and achieve on their own if they were educated and prepared to walk through the door of opportunity when it opened for them.

Today, a new generation of educators is taking on the challenge of preparing students for a future that hasn’t even been designed yet. This future requires adaptability, creative thinking and persistence. Sadly, it sometimes seems that some institutions of learning are not changing as much as the demands and requirements of educating for the future are changing.

But some are boldly leading the way. Bettye Johnson, principal at Western Avenue Elementary School in Los Angeles Unified School District, oversaw a school where about half of the students were English language learners. Only 39% of the students were scoring proficient or better in math on the California Standards Test. Principal Johnson knew they were capable of doing better – and that if they were to succeed in the 21st century economy, they must do better.

Her efforts to turn the school around included the introduction of MIND Research Institute’s ST Math program, which focuses on deeper, conceptual learning of math concepts and builds problem solving skills that extend beyond math class. Like many, she faced initial resistance from teachers, who were struggling to find the 90 minutes of computer lab time they were required to give students each week to work on ST Math. But after about three months, Johnson says it “clicked.” Seeing how engaged their students were with the program and the lovable penguin named JiJi, they embraced it and developed additional ways to foster the perseverance, problem solving skills, confidence and love of learning that they saw burgeoning with the use of this new program.

Today, more than 58% of Western Avenue Elementary School students scored proficient or advanced in math – compared to 39% before implementing ST Math. As any educator can attest, that’s a remarkable growth to achieve in a short time. Principal Johnson even credits the ST Math program with getting her school off of “Program Improvement” status.

My support of ST Math dates back to when I was the California Secretary of Education and I met MIND Research’s co-founders. I looked at their neuroscience research that provided the foundation for the program, and their continuous improvement process of evaluating results and evolving the program, and couldn’t help but be impressed. The creators of ST Math, it turns out, were focused on deeper, conceptual learning long before the rest of the country caught onto the idea and started drafting state standards implementing critical thinking skills.

Of course, ST Math is just one of the ways that educators are innovating and adopting new methods to prepare students for the high-tech, interactive, global economy. And Bettye Johnson is just one example of an educator committed to the belief that all of her students are capable of achieving and succeeding in school – if she can just find the right tools and techniques to help them excel.

Principal Johnson will receive the Principal of the Year Award at MIND Research Institute’s “Breaking the Barrier!” 2013 Celebration on November 23. I’ll be honored to stand alongside her and salute those who go to work each day at the front lines of education, innovating and adapting often before the industry has even caught up, boldly educating our next generation of problem solvers and leaders. To Bettye and so many educators out there like her, thank you.

Marian Bergeson is a former California Secretary of Education and the first woman to serve in both houses of the California legislature. She will receive the Gordon L. Shaw Lifetime Achievement Award at MIND’s “Breaking the Barrier: 2013 Celebration.”

Does That Program Really Work? 6 Questions to Ask About Research

Great Results Around the Nation